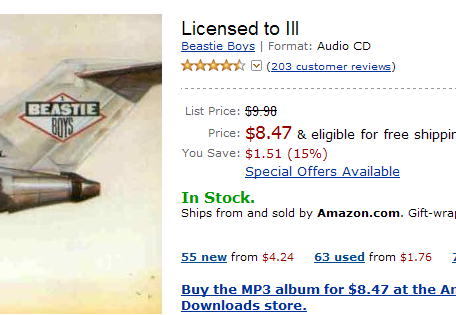 In Arista Records v. Doe 3, --- WL --- 172107 (2d Cir. April 29, 2010) the Second Circuit permitted a record company to subpoena the anonymous defendants' internet service provider, the State University of New York at Albany.   Doe 3 tried to quash the subpoena, arguing that Doe 3 had a First Amendment right to anonymous speech through the internet.   The court acknowledged the First Amendment right to anonymous speech, but noted that the interest or "qualified privilege" was outweighed by the rights of a copyright owner that had made sufficiently specific allegations of copyright infringement.   In getting there, the court applied a test devised by then-District Court Judge Denny Chin (who is now on the Second Circuit):

1. the concreteness of the plaintiff's showing of a prima facie claim of actionable harm;
2. the specificity of the discovery request;
3. the absence of alternative means of obtaining the subpoenaed information to advance the claim; and
4. the objecting party's expectation of privacy.

The subpoena listed 236 works, with specific owners and songs, among them Beastie Boys' Licensed To Ill.  The Urban Dictionary defines "illin" here, and in relevant part:

buy illin mugs, tshirts and magnetsDoing stuff you shouldn't be doing (aka bad shit) while hanging out with friends, like drugs or vandalism.


Donna: "What are the plans for tonight, Fred?"

Doe 3 and the kids at SUNY Albany been illin.  Decision below.