According to a December 25, 2009 article in the Kurier, the Austrian government has announced that a 2,000 page report of an investigation into the Leopold Museum's holdings of artworks looted from Jewish victims of the Holocaust has been completed but has not yet been released to the public.

Apparently, the Leopold is refusing to return the stolen artworks, but will offer money instead.

More stalling from Austria on Egon Schiele's Dead City and Portrait of Wally.  Austria claims to have been investigating these cases for a decade, it is scandalous that they haven't yet done the right thing.

Leopold Museum: First Restitution Report
Exchange by all participants on the basis of recognized facts. Report by the provenance researchers engaged by the Leopold Museum and Culture Minister Claudia Schmied. According to Schmied’s plan, an independent commission will be created in the second half of January that will make recommendations about returning objects. The Leopold Stiftung has also said that as a “sign of good will,” they are prepared to make financial contributions to victims and heirs.

The provenance researchers, Michael Vladika and Sonja Niederacher have drafted a report of around 2,000 pages, but have not released the details. This report is supposed to be published in January. Until then, they are bound by confidentiality agreements. The Ministry and the Leopold Museum are taking time to study the report.

The researchers said that they need more time to study the collection of cabaret performer Fritz Gruenbaum, from whose collection Dead City III and Portrait of Wally were confiscated in New York in 1998, and which precipitated a debate. Wally is the subject of an on-going court case in New York and is not treated in the report.


The report covers, among other works, four Schiele graphic works from the collection of Karl Maylaender, who was deported to Lodz in 1941. It also treats three works by Anton Romako that were taken from the collector Oskar Reichel, which Leopold acquired by exchange.

If the Leopold Collection, which has been a foundation since 1994, is considered to fall under the 1998 Restitution Law [which applies to state collections] then these works would certainly be the subject of restitution cases. Leopold has maintained that he acquired these works in good faith as a private citizen. The question is, “what did he really know?” stands at the center of the matter.
Posted by Ray Dowd at Monday, December 28, 2009 No comments: 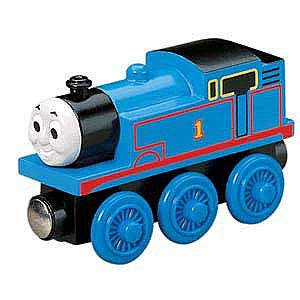 In Schrock v. Learning Curve, 2009 WL 3644331, --- F.3d --- (7th Cir. Nov. 5 2009), the Seventh Circuit took up the question of whether a very simple straightforward photograph of Thomas the Train (above) is a derivative work, and if so, whether the product photographer could register his copyrights after his client's two-year license to use the photographs expired and the client continued to use the photographs.

If a court found originality in the photograph above, it sets the bar very low for photography for works of visual art because it is hard to think of a less original photograph of a toy train.

The Seventh Circuit noted that parties may limit by contract the rights of third parties to create and register derivative works and further found that the toy company, its distributor and the photographer's ultimate rights may be governed by license agreements that were not part of the record.   A clear warning to those drafting license agreements to pay attention to how products are promoted and distributed. 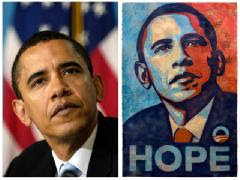 This Friday I will be speaking at the Federal Bar Association's First Annual Hawaii Conference and discussing inter alia the Shepard Fairey case involving the Obama/Hope poster.   For more information, check out: 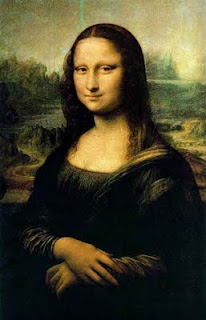 Tonight from 6-9 p.m. I will be presenting a Continuing Legal Education Program at the New York County Lawyers' Association at 14 Vesey Street called Copyright Litigation for the General Practitioner 2009.   My co-panelists are Joe Petersen of Kilpatrick Stockton and David Wolfsohn of Woodcock Washburn.

The program will be videotaped and available for sale.   For more information, http://www.nycla.org/.
Posted by Ray Dowd at Wednesday, December 09, 2009 No comments:

US State Dept Announces January 7, 2010 Town Hall on Creating US Commission on Restituting Artworks Stolen During the Holocaust

In today's Federal Register, we find the announcement that the US State Department is following up on this summer's Terezin Declaration by exploring the possibility of creating a commission in the US to work on restituting artworks stolen by the Nazis during the Holocaust.   Amb. Stuart Eizenstat has been at the forefront of this discussion.

In 2006,  AAMD President James Cuno testified before Congress that there were "tens of thousands" of potentially problematic artworks in US museums.

Last night's airing of the film The Rape of Europa on PBS sparked a number of emails from friends who care about this issue.

US museums have shamefully abandoned their commitments to fully research their collections, to make provenance information public and transparent, and to restitute stolen artworks to the rightful owners.

From the Federal Register Online via GPO Access [wais.access.gpo.gov]

Town Hall Meeting To Consider the Establishment of a U.S.

Commission on Cultural Materials Displaced During World War II, and the

Implementation of the Art Restitution Provisions of the June 30, 2009

The Department of State's Special Envoy for Holocaust Issues is

the Department to get the views of interested individuals and

organizations on the establishment of a U.S. commission on cultural

the June 30, 2009 Terezin Declaration, the text of which is at http://frwebgate.access.gpo.gov/cgi-bin/leaving.cgi?from=leavingFR.html&log=linklog&to=http://www.state.gov/p/eur/rls/or/126162.htm.

Individuals wishing to attend this Town Hall Meeting should

register no later than January 5, 2010 by emailing the following

including State of Issuance, U.S. Passport or Alternate Government-

Organization which you represent, and its Address and Phone Number

Home Address (only if attending as an individual)

Those who register are urged to arrive at the Department by 12:45

p.m. to allow time for security screening. Upon arrival, show a valid

government-issued identification (a U.S. state driver's license or a

U.S. passport.) The official address of the State Department is 2201 C

Street, NW., Washington, DC. Attendees should use the ``23rd Street

Entrance'' on the West Side of the State Department's Harry S. Truman