Join us at the Federal Bar Association Annual Convention in Providence Rhode Island September 4-6 and make sure you get your paperwork done NOW for the Swearing In Ceremony for the United States Court of Appeals for the First Circuit.  More info www.fedbar.org.

Here are the instructions:

Attendees may also sign up to participate in the Swearing in Ceremony for the U.S. Court of Appeals for the First Circuit with Senior Judge Bruce M. Seyla on Friday, Sept. 5 at 8:00 a.m. Applicants to be sworn in to the U.S. Court of Appeals for the First Circuit should complete and submit their application through the CM/ECF portal at http://www.ca1.uscourts.gov/attorney-admissions. When asked whether you wish to be sworn-in in person, answer, “yes.” Applicants should request a certificate of good standing from their local bar, and arrange for a sponsor in advance.
www.dunnington.com
Copyright law, fine art and navigating the courts. All practice, no theory.
Copyright Litigation Handbook (Thomson Reuters Westlaw 2012-2013) by Raymond J. Dowd


September 11, 2014 | 2:00 pm - 3:30 pm EST.
The problem of unrestituted Nazi looted art is one facing museums, governments and private collectors around the world. In 1998 the issue hit the front pages of the world press when District Attorney Robert Morgenthau’s seized two works at the Museum of Modern Art in New York City. This seizure led to the U.S. State Department under the Clinton Administration to convene forty-four countries and prominent art world players to sign on to the Washington Conference Principles on Nazi-Confiscated Art.
In the wake of the Washington Conference, many countries created commissions to oversee restitution of Nazi looted art. The Federal Bar Association in its 2014 Issues Agenda called on Congress to establish a commission on Nazi looted art. Join Ray Dowd as he discusses recent federal litigation and international developments involving the unfinished business of World War II and the legacy of the Holocaust. Learn why the Federal Bar Association has urged Congress to take action.

Raymond J. Dowd is a partner in the law firm of Dunnington Bartholow & Miller LLP in New York City. He authors Copyright Litigation Handbook (West 7th Ed. 2013-2014)(updated annually). He currently serves on the Board of Directors of the Federal Bar Association, having served as General Counsel (2011-2012), Vice President for the Second Circuit (2008-2013), President of the Southern District of New York Chapter (2006-2008) and on the Government Relations Committee (2010-2013). From 2013-2014 Mr. Dowd served as President of Network of Bar Leaders, a coalition of over fifty bar associations in Metropolitan New York. In 2013 he was appointed to serve on the Planning Committee for the Second Circuit Judicial Conference titled “Cybersecurity in an Age of Cyberterrorism”.
His law practice centers on litigation in federal and state trial and appellate courts, arbitration and mediation. Notable cases in which he has acted as lead counsel involve art law, copyrights, trademarks, cybersquatting, privacy, trusts and decedents estates, licensing, corporate and real estate transactions. He has litigated questions of Austrian, Canadian, French, German, Italian, Russian and Swiss law.
Mr. Dowd lectures frequently on copyright and art-related topics. He was selected for an expert panel in the 2009 Prague Conference on Holocaust-Era Assets and has lectured in many venues including the Jewish Museum in Berlin, Yad Vashem in Jerusalem, the Pennsylvania Academy of the Fine Arts, the San Francisco War Memorial and the U.S. District Court for the District of Columbia. In 2007 he co-founded the Art Litigation and Dispute Resolution Institute at New York County Lawyers’ Association.
Mr. Dowd is a graduate of Manhattan College (B.A. International Studies cum laude 1986) and Fordham Law School (1991) where he served on the Fordham International Law Journal. He speaks French and Italian. 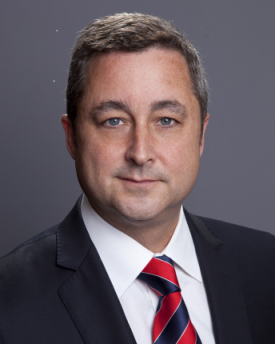 Raymond J. Dowd, a partner in the New York law firm Dunnington, Bartholow & Miller LLP, will join a panel of museum and legal experts to discuss:  “Stolen Art: Who Owns the Art Hanging on the Wall?”  The panel, to be held on August 8, 2014 at 8:30 a.m., is part of  IPCENTRAL, a program organized by the American Bar Association Section of Intellectual Property Law from August 7-10 at the Boston Marriott Copley Place Hotel.


IPCENTRAL is a two-day gathering of the world’s leading IP professionals. Topics of discussion range from the impact of the America Invents Act on patent challenges to the portrayal of IP law in pop culture to recent Supreme Court decisions on patent cases.  Mr. Dowd and his fellow panelists will discuss recent technological and case law developments affecting the traffic in stolen art, including heightened legal and reputational risks now faced by museums and galleries, provenance policies required to ensure proper chain of title to art collections, and increased efforts to facilitate the return of art stolen during World War II.  Mr. Dowd will discuss his success before the New York Court of Appeals in obtaining the return to the Pergamon Museum in Berlin, Germany of an ancient Assyrian tablet excavated from the Temple of Ishtar. For the full IPCENTRAL program brochure please click here.


Mr. Dowd’s practice focuses on litigation in federal and state trial and appellate courts, as well as arbitration and mediation.  Mr. Dowd is the author of Copyright Litigation Handbook (West 7th Ed. 2013-2014)(updated annually).  Mr. Dowd has handled cases involving art law, copyrights, trademarks, cybersquatting, privacy, trusts and decedents’ estates, licensing, corporate and real estate property.  Mr. Dowd lectures frequently on copyright and art law at events and locations around the world, including the 2009 Prague Conference on Holocaust-Era Assets, the Jewish Museum in Berlin, Yad Vashem in Jerusalem, the National Arts Club, the Pennsylvania Academy of the Fine Arts, the San Francisco War Memorial, and the U.S. District Court for the District of Columbia.


Mr. Dowd currently serves on the Board of Directors of the Federal Bar Association, having served as General Counsel (2011-2012) and as President of the Southern District of New York Chapter (2006-2008).  In 2007, he co-founded the Art Litigation and Dispute Resolution Institute at New York County Lawyers’ Association.