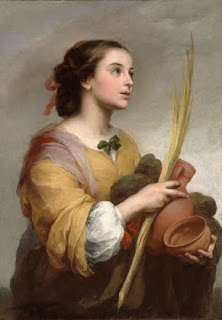 From the Dallas Morning News:  Robert Edsel "stumbles" across paintings stolen by the Nazis from Jewish families (link at bottom of this post).

But in the US, there is an unwritten exception:  if you are a museum director and pretend that you never heard of the Holocaust, you can loudly proclaim that you are innocent.

In 1945 Supreme Court Justice Roberts headed a commission that warned US museums against acquiring property stolen during the Holocaust.  A warning was sent out to all museums.  In 1950, the US State Dept published warnings, these were circulated to the College Art Association, together with art dealers, museums and auction houses.

Since the victims were murdered and Europe sealed its records for decades, US museums have committed the perfect crime.  Now they lie to the public claiming that they have a "fiduciary duty" to hold onto the stolen loot.  And that the dead people have to prove it was stolen.

SMU has a graduate program in art history, here is the PR plug for it:

The MA program in Art History equips students with core competencies in the study and theory of architecture, painting, sculpture, print culture, design, new media, and the tensions between images and objects. Built on the fertile exchange between the arts, sciences, and humanities, Art History subscribes to a cross-disciplinary approach to learning. The MA Program in Art History trains leaders in the field who are capable of thinking critically, seeing objects afresh, conducting research at the highest level, conversant with the discipline’s history and invested in shaping its future. Recent graduates have gone onto Ph.D. programs, most fully funded, at Harvard, Yale, Northwestern, Brown, Cornell, UCLA, and USC.

The MA program requires 30 hours of coursework and culminates in the completion of a Master’s thesis. Each year six applicants are awarded MA stipends (on top of tuition waivers) up to $10,500. Funding for thesis travel and research is available on a competitive basis. Additionally, the Department offers one fully-funded site-specific graduate seminar a year (this Fall, in Venice) and academic credit and financial support are provided for those who participate in the Poggio Colla Field School in Tuscany, Italy.

For more information about graduate studies at the Meadows School of the Arts, please contact: Joe Hoselton, Graduate Recruitment (hoselton@smu.edu)

From SMU's Provenance website
Although Murillo had been trained in the sober, tenebristic manner characteristic of seventeenth- century Sevillian painting, the artist developed a new voice as he reached artistic maturity. Nurtured by a trip to Madrid in 1658, which brought him into direct contact with imported High Baroque traditions, he began to produce the freely painted, richly colored images for which he is known. These two devotional images, although smaller than the artist’s most famous compositions of the 1660s, exemplify the poetry and fluidity with which the artist could approach nearly any subject, whether religious or secular.

According to tradition, Justa and Rufina, the patron saints of Seville, were third-century pottery sellers who secretly practiced Christianity, a religion proscribed by the Roman emperor. Their refusal to sell their wares to pagans revealed the sisters as Christians, and when they persisted in their faith, they were executed. In reference to this, each sister holds ceramic vessels and a palm frond, a symbol of martyrdom.

*We are indebted to Mr. Robert M. Edsel and Ms. Patricia A. Teter for providing the Rothschild and Nazi-era information.