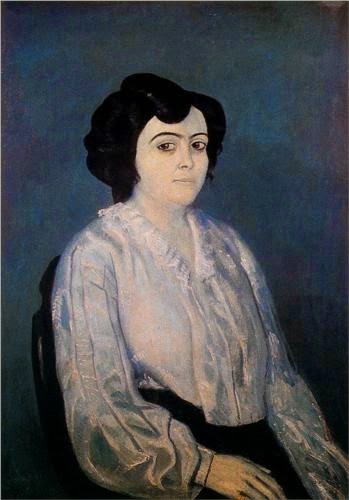 In Schoeps v. Free State of Bavaria, 13 Civ. 2048 (SDNY June 27, 2014)
http://law.justia.com/cases/federal/district-courts/new-york/nysdce/1:2013cv02048/409721/54
the Hon. Jed S. Rakoff dismissed a case by Jewish heirs seeking to recover Nazi looted art that had been spirited to New York, and then repurchased by Bavaria, where the stolen artwork now proudly hangs in a Munich museum.   The SDNY threw the case out pursuant to a motion to dismiss, which means that the plaintiff was deprived of his day in court and no factual record was created from which an appellate court could determine whether or not the plaintiff had proven that the work was stolen.

To understand why this decision is so repugnant to U.S. and New York policy, a bit of history is in order.  Adolph Hitler and a band of criminals took control of Germany in the spring of 1933 through violence and intimidation.  They abolished democracy and the rule of law and immediately set up a kleptocracy that targeted Jews and Jewish property.    Following World War II (a war  won by the U.S. and its allies), the U.S. participated in legal proceedings at Nuremberg.  Hitler and the Nazi regime were deemed a band of criminals.  The US and its Allies vowed in the London Declaration of 1943 to undo the Nazis property crimes against Jews.

From the beginning of the Nazi regime, New York law refused to recognize Nazi forced transfers and opened its courts to Jewish refugees, epitomize in the famous case of Holzer v. Reichbahn (1936) where Marcel Holzer, who had been thrown into a concentration camp and deprived his pension by Germany, was allowed to seize the furniture of the Nazi regime located at the German Consulate.

The Second Circuit and Southern District Court took a while to figure out that courts in New York are to be completely dedicated to reversing Nazi depredations.  I am copying the landmark case below that eliminated all jurisdictional restraints on the courts of the Southern District of New York from declaring and returning property stolen from Jews:


Action by owner of all the stock in German liability company against Dutch corporation which had converted such stock in participation in plan with Nazi officials, seeking to follow proceeds of the property in the hands of the transferee. On petition to amend a prior mandate handed down in a prior appeal, 173 F.2d 71, the Court of Appeals, held that where subsequent to mandate ordering plaintiff to refrain from alleging matters which would cause court to pass on validity of acts of officials of German government, Executive Policy of relieving American courts from any restraint upon exercise of their jurisdiction to pass upon validity of acts of Nazi officials was declared, mandate would be amended by striking out all restraints based on inability of court to pass on such acts.


Mandate amended.
Where subsequent to order of court directing plaintiff who claimed to have been deprived of his stock in a German corporation, to refrain from alleging matters which would cause court to pass on validity of acts of officials of the German government, Executive Policy was declared in State Department release, stating that it was government's policy to relieve American courts from restraint upon exercise of their jurisdiction to pass upon validity of acts of Nazi officials, mandate previously issued would be amended by striking out all restraints based on inability of court to pass on acts of officials in Germany during period in question.


In the prior appeal in this case, 173 F.2d 71, 75-76, because of the lack of a definitive expression of Executive Policy, we felt constrained to follow the decision of this court in Bernstein v. Van Heyghen Freres Societe Anonyme, 2 Cir., 163 F.2d 246, certiorari denied 332 U.S. 772, 68 S.Ct. 88, 92 L.Ed. 357, by ordering the plaintiff to refrain from alleging matters which would cause the court to pass on the validity of acts of officials of the German government. Following our decision, however, the State Department issued Press Release No. 296 on April 27, 1949, entitled: ‘Jurisdiction of United States Courts Re *376 Suits for Identifiable Property Involved in Nazi Forced Transfers.’ The substance of this Release follows:


‘As a matter of general interest, the Department publishes herewith a copy of a letter of April 13, 1949 from Jack B. Tate, Acting Legal Advisor, Department of State, to the Attorneys for the plaintiff in Civil Action No. 31-555 in the United States District Court for the Southern District of New York.


‘The letter repeats this Government's opposition to forcible acts of dispossession of a discriminatory and confiscatory nature practiced by the Germans on the countries or peoples subject to their controls; states that it is this Government's policy to undo the forced transfers and restitute identifiable property to the victims of Nazi persecution wrongfully deprived of such property; and sets forth that the policy of the Executive, with respect to claims asserted in the United States for restitution of such property, is to relieve American courts from any restraint upon the exercise of their jurisdiction to pass upon the validity of the acts of Nazi officials.’

The letter from Mr. Tate is then quoted, pertinent parts of which follow:

‘1. This Government has consistently opposed the forcible acts of dispossession of a discriminatory and confiscatory nature practiced by the Germans on the countries or people subject to their controls. * * *

‘3. The policy of the Executive, with respect to claims asserted in the United States for the restitution of identifiable property (or compensation in lieu thereof) lost through force, coercion, or duress as a result of Nazi persecution in German, is to relieve American courts from any restraint upon the exercise of their jurisdiction to pass upon the validity of the acts of Nazi officials.’

In view of this supervening expression of Executive Policy, we amend our mandate in this case by striking out all restraints based on the inability of the court to pass on acts of officials in Germany during the period in question. See 173 F.2d at pages 75-76. This will permit the district court to accept the Release in evidence and conduct the trial of this case without regard to the restraint we previously placed upon it.


U.S. DEPARTMENT OF STATE
Office of the Spokesperson
January 16, 2013
STATEMENT BY SECRETARY CLINTON
Holocaust-Era Looted Art
This month we commemorate the seventieth anniversary of the Inter-Allied Declaration against Acts of Dispossession Committed in Territories under Enemy Occupation and Control, known as the London Declaration of January 5, 1943. Beginning with the London Declaration, the United States implemented a policy of returning Nazi-confiscated art, including art taken through forced and coerced transfers, to its countries of origin, with the expectation that the art would be returned to its lawful owners. Under U.S. leadership, the international community has endorsed these principles as well.
In the 1998 Washington Principles on Nazi-Confiscated Art and the Terezin Declaration of the 2009 Prague Conference on Holocaust Assets, more than forty countries joined the United States in agreeing that their respective legal systems or alternative dispute resolution processes should facilitate just and fair solutions for art that was taken by the Nazis and their collaborators.
In reaffirming these commitments, the Department of State expresses no view on any issue currently in litigation. U.S. policy will continue to support the fair and just resolution of claims involving Nazi-confiscated art, in light of the provenance and rightful ownership of each particular work, while also respecting the bona fide internal restitution proceedings of foreign governments.

But our federal courts seem to have forgotten the lessons of history and appear to treat one of history's greatest property crimes - and the postwar laundering of Jewish property by German museum - as some kind of ordinary series of commercial transactions rather than the criminal conspiracy which they were.

In Schoeps v. Free State of Bavaria, 13 Civ. 2048 (SDNY June 27, 2014), the Southern District of New York forgot this history, this law and this commitment.   Schoeps alleged a forced transfer of Picasso's Madame Soler from Nazi victim Paul Bartoldy-Mendelssohn in 1934.  Shady art dealer Justin Thanhausser took Madame Soler and brought it to NY.   A top Bavarian museum official came to New York and eventually arranged to have the Bavarian museum acquire it through a transaction involving a Leichtenstein trust in a transaction that the SNDNY concluded was structured to evade US taxes.

So where we have a transaction involving laundering stolen art that occurred in New York, involving a painting located in New York, structured as a criminal transaction to evade New York and federal taxes, and to repatriate the spoils of Adolph Hitler's thuggery, and where the courts of Germany provide absolutely no right to relief, the plaintiff correctly brought the case in New York, right?

Not according to the decision in Schoeps v. Free State of Bavaria where the court construes the facts against the plaintiff (while arguing that it is doing the contrary) and coming to the conclusion that Bavaria is shielded in sovereign immunity.

California federal courts are getting it right.  Let's hope that the Second Circuit reverses this terrible decision and orders the SDNY to let the case proceed.  It is about time that the courts shouldered the responsibility of carrying out the task entrusted to them and taking the criminal profits away from the Nazi wrongdoers and their successors-in-interest. 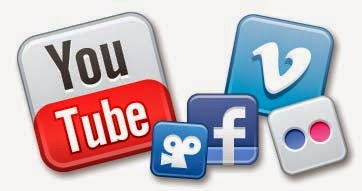 UMG Recordings, Inc. v. Shelter Capital Partners LLC, 2013 WL 1092793 (9th Cir. 2013). UMG sued Veoh, a video sharing service that provides both user-generated content and licensed content, for copyright infringement.  Veoh asserted an affirmative defense under the Digital Millenium Copyright Act, 17 U.S.C. § 512(c) (the “DMCA”) which provides a “safe harbor” against liability for copyright infringement for internet service providers who qualify for and follow the statutory scheme which include implementing a notice and takedown system.  Veoh permits subscribers to upload and share video content.  Veoh implemented a filtering system to block users from uploading copyrighted content belonging to others and additionally licensed a third-party audio fingerprinting technology that samples uploads and blocks audio files with fingerprints matching those in the copyright owner database. Through its terms of use, Veoh discourages uploading of copyrighted content.  Veoh has promptly removed any instances of copyrighted content brought to its attention. Although the RIAA sent notices requesting the removal of specifically-identified infringing materials including some UMG works, UMG did not specifically complain of individual infringements before filing a complaint.  The Ninth Circuit reviewed the “safe harbor” provisions and rejected UMG’s arguments, In particular, the Court rejected UMG’s argument that Veoh “disabling access to” infringing materials was sufficient to satisfy the safe harbor provisions of the DMCA.  The Ninth Circuit considered Veoh’s appeal of the district court’s refusal to grant attorneys fees as “costs” as authorized under 17 U.S.C. §505.  In affirming the district court, the Ninth Circuit clarified that where attorneys fees are not awardable as costs in the application of 17 U.S.C. §505, Rule 68 of the Federal Rules of Procedure does not provide an independent basis for awarding attorneys fees.  Rule 68, which makes an award of costs mandatory where a judgment obtained is not more favorable than the amount offered, is thus limited by the trial judge’s discretion in awarding attorneys fees under 17 U.S.C. §505.