Copyright, Censorship and the First Amendment Salinger v. Colting (Catcher in the Rye) 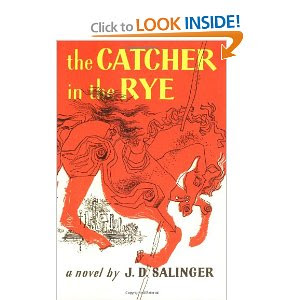 Here is the court's holding (emphasis mine)

Therefore, in light of Winter and eBay, we hold that a district court must undertake the following inquiry in determining whether to grant a plaintiff's motion for a preliminary injunction in a copyright case.

First, as in most other kinds of cases in our Circuit, a court may issue a preliminary injunction in a copyright case only if the plaintiff has demonstrated “either (a) a likelihood of success on the merits or (b) sufficiently serious questions going to the merits to make them a fair ground for litigation and a balance of hardships tipping decidedly in the [plaintiff]'s favor.” NXIVM Corp., 364 F.3d at 476; see also, e.g., Faiveley Transp. Malmo AB v. Wabtec Corp., 559 F.3d 110, 116 (2d Cir.2009).

Second, the court may issue the injunction only if the plaintiff has demonstrated “that he is likely to suffer irreparable injury in the absence of an injunction.” Winter, 129 S.Ct. at 374. The court must not adopt a “categorical” or “general” rule or presume that the plaintiff will suffer irreparable harm (unless such a “departure from the long tradition of equity practice” was intended by Congress). eBay, 547 U.S. at 391, 393-94. Instead, the court must actually consider the injury the plaintiff will suffer if he or she loses on the preliminary injunction but ultimately prevails on the merits, paying particular attention to whether the “remedies available at law, such as monetary damages, are inadequate to compensate for that injury.” eBay, 547 U.S. at 391; see also Winter, 129 S.Ct. at 375 (quoting 11A C. Wright, A. Miller & M. Kane, Federal Practice and Procedure § 2948.1 (2d ed.1995), for the proposition that an applicant for a preliminary injunction “must demonstrate that in the absence of a preliminary injunction, ‘the applicant is likely to suffer irreparable harm before a decision on the merits can be rendered’ ”).

Third, a court must consider the balance of hardships between the plaintiff and defendant and issue the injunction only if the balance of hardships tips in the plaintiff's favor. Winter, 129 S.Ct. at 374; eBay, 547 U.S. at 391. Finally, the court must ensure that the “public interest would not be disserved” by the issuance of a preliminary injunction. eBay, 547 U.S. at 391; accord Winter, 129 S.Ct. at 374.

In analyzing the second prong, the court noted:

The plaintiff's interest is, principally, a property interest in the copyrighted material. See Wheaton v. Peters, 33 U.S. (8 Pet.) 591, 661, 8 L.Ed. 1055 (1834). But as the Supreme Court has suggested, a copyright holder might also have a First Amendment interest in not speaking. See Harper & Row Publishers, Inc. v. Nation Enters., 471 U.S. 539, 559, 105 S.Ct. 2218, 85 L.Ed.2d 588 (1985). The defendant to a copyright suit likewise has a property interest in his or her work to the extent that work does not infringe the plaintiff's copyright. And a defendant also has a core First Amendment interest in the freedom to express him- or herself, so long as that expression does not infringe the plaintiff's copyright.

The problem with this case is that we can't get a copy of the book to see what it actually looks like.   I am skeptical that a book written about a 60-year old man named "Mr. C" could really be so likely to be copyright infringement.  The testimony of the English professors in favor of the defendant and the degree of Holden Caulfield literature out there, Holden's iconic status - and the lack of exploitation appear to be factors weighing in his favor.

I am not persuaded that Salinger's "right not to speak" is implicated.  Back to the land analogy: if you let your land lie fallow for too long and it becomes overgrown, let someone else till it.  A hot new character in whom a corporate entity is pumping millions should be considered "strong" - like a well-advertised trademark.   But a "Mr. C" who is said to resemble a character not developed for 60 years?  That is a stretch to me.

More troubling to me is that the publicity or book jacket said it was a "sequel".  That is a problem and was probably a stupid mistake that could be remedied without censoring the book.

The case raises First Amendment issues for me unless the book really has major cuts and pastes from "Catcher".   But since I'm banned from reading it, my readers are irreparably harmed by my ignorance, and the poor judges involved are harmed by my skepticism that they are correct.

My copy from Amazon.uk arrived with no fuss. I have to admit, I haven't cracked it, though; Holden was never very iconic for me.

Thanks, Rebecca. I didn't think of that. I never wanted to read The Wind Done Gone and I don't really want to read this one either because it sounds lame, but anytime I'm told I CAN'T read something, there is something really troubling about that. Holden and his mental deterioration have always been of great interest to me.

Ray -- 60 Years After did copy portions of the original almost word for word. For instance:

In Catcher, Holden says, “[i]’ll just tell you about this madman stuff that happened to me around last Christmas just before I got pretty run-down and had to come out here and take it easy.”

In the sequel, Mr. C has a similar observation: “I keep my eyes closed and think about all the madcap stuff that happened to me around last Christmas, before I got so run down I had to come out to this place to rest.”

There are more examples in the plaintiff's brief. Generally, I would favor first amendment (and parody) rights over copyright protection, but this infringement is too blatant and straightforward.

Ray, there has been discussion elsewhere that Salinger changed the contours of copyright litigation. I don't think so. Establishing irreparable harm in a copyright case after demonstrating a likelihood of success on the merits has always been fairly easy and I believe will continue to be so. Infringement causes all kinds of incalculable damage including the loss of market share. The viral nature of unauthorized digital distribution on the Internet increases that loss. Because Salinger now requires proof of irreparable harm, I have just posted a brief refresher course on demonstrating that harm on my blog at http://www.ipinbrief.com/don’t-despair/. I hope you find it useful.

As a pure hypothetical, I wonder how the case might have been changed if the parody/derivative work had been done for non-commercial reasons, ie, as a traditional fan fiction. Would Colting's fair use argument have been stronger, or would it be immaterial?