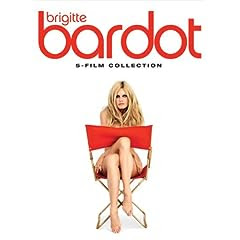 The Second Circuit applies a four-part analysis in deciding motions to dismiss based on a forum selection clause in a contract:

(1) was the clause reasonably communicated to the party resisting enforcement?
(2) is the language of the forum selection clause mandatory rather than permissive? (ie does the language require a lawsuit to be brought in the specified jurisdiction or merely permit jurisdiction)
(3) are the claims and parties involved in the suit subject to the forum selection clause?
(4) if the answer to the above three questions is "yes", the final question is whether the resisting party has rebutted the presumption of enforceability by making a sufficiently strong showing that (a) enforcement would be unreasonable or unjust or (b) the clause was invalid for such reasons as fraud or overreaching.

The District Court dismissed the entire action for improper venue. The Second Circuit affirmed the dismissal of the contract claims.

The Second Circuit explicitly rejected the approach of the Seventh Circuit in Omron Healthcare, Inc. v. Maclaren Exps. Ltd., 28 F.3d 600 (7th Cir. 1994), which interpreted similar language as "all disputes the resolution of which arguably depend on the construction of an agreement 'arise out of' that agreement." The Omron case involved a distributor selling off excess inventory of strollers bearing trademarks following termination of a distribution agreement. The Seventh Circuit sent the trademark infringement claims over to England.

The result in Phillips was that the plaintiff was permitted to file copyright infringement claims in the Southern District of New York and would have to file breach of contract claims in England.

Professor Patry expresses his dissatisfaction with the Phillips case here. Anyone who drafts copyright or trademark license agreements and does not want to be litigating claims in two separate fora should read the Phillips case and redraft their forum selection clauses.
Posted by Ray Dowd at Sunday, August 05, 2007 No comments: