Justia's Blawgsearch Ranks the "Most Popular" copyright law blogs.  Out of 89 copyright law blogs listed in total by Justia, here are the top 25 of "all time."  Visiting each one shows you just how alive thinking is in copyright law and how the blogosphere opened up this field of interest to public scrutiny and healthy debate

Congratulations to all of you for your contributions and thanks to Justia for tracking it all.

Justia's Blawgsearch Ranks the "Most Popular" intellectual property law blogs.  Out of 461 intellectual property law blogs listed in total by Justia, here are the top 25 of "all time."  Visiting each one shows you just how alive thinking is in patent, trademark, copyright and related fields and how the blogosphere opened up this field of interest to public scrutiny and healthy debate.

Congratulations to all of you for your contributions and thanks to Justia for tracking it all. 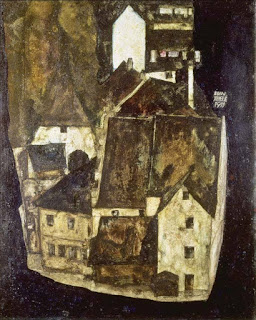 The Austria State Treaty of 1995 permitted the Russians, French, British and U.S. to depart occupied Vienna.   It was written in English, Russian and French so that the rest of the world could understand exactly what Austria had promised to do.   Below is Article 26 of the Treaty.   It says that Austria is supposed to find and return all property belonging to Jews.

Article 26 was a key aspect of the Allied victory in World War II.  American soldiers lost their lives for Article 26, and the U.S. State Department should wake up and demand Austria's obedience to its obligations.

To its shame, Austria and its politicians have lied to the world and done everything possible to ensure that the children and grandchildren of Nazis could enjoy the property stolen from Vienna's Jews.

The Austria State Treaty is the legal equivalent of the U.S. Constitution.  So if an Austrian tells you that an Austrian law prevents Austria from giving back property stolen from Jews, they are simply lying.   In 2009 I confronted Austrian diplomats with the text of Article 26 at a conference in Prague after they denied Austria's ongoing treaty obligations to despoiled Holocaust victims.

Harvey Weinstein's Woman in Gold with Helen Mirren opened in Vienna on this June 4 to a firestorm of press.  Let's hope that Austrians learn from Hollywood and demand that their politicians start to follow the law of their land, rather than shaming Austria in endless litigation in US courts.


1. In so far as such action has not already been taken, Austria undertakes


that, in all cases where property, legal rights or interests in Austria have since


13th March, 1938, been subject of forced transfer or measures of sequestration,


confiscation or control on account of the racial origin or religion of the owner,


be restored together with their accessories. Where return or restoration is


impossible, compensation shall be granted for losses incurred by reason of such


measures to the same extent as is, or may be, given to Austrian nationals generally


in respect of war damage.


2. Austria agrees to take under its control all property, legal rights and


interests in Austria of persons, organizations or communities which, individually


or as members of groups, were the object of racial, religious or other Nazi measures


of persecution where, in the case of persons, such property, rights and interests


present Treaty, or where in the case of organizations and communities such


organizations or communities have ceased to exist. Austria shall transfer such


property, rights and interests to appropriate agencies or organizations to be


persecution by the Axis Powers, it being understood that these provisions do


to foreign countries which would constitute a burden on the Austrian economy.


force of the present Treaty and shall include property, rights and interests required


to be restored under paragraph 1, of this Article.