Architectural Copyrights: Eleventh Circuit Will See No Evil Hear No Evil and Say No Evil In McMansion Copyright Infringement 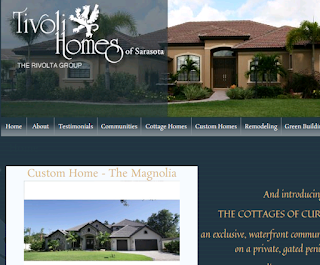 These cases typically involve a builder allegedly taking the plans of another builder and constructing homes.

In Medallion, the Eleventh Circuit considered an appeal from a case where the district court granted summary judgment in favor of Tivoli, finding that the differences between the Tivoli home and the Medallion "Santa Maria" design were sufficiently significant that no reasonable finder of fact could determine that the works were "substantially similar" so as to constitute copyright infringement.


The decision acknowledges similarities in the plans, but focuses on the differences.  The decision is not remarkable, except for a footnote that seemed rather startling and perhaps a cautionary note for those who charge into court thinking that proving actual copying will be good enough in prevailing in copyright infringement actions. Here it looked like the plaintiff had found the proverbial "smoking gun" that would at least get the question before a jury:


Medallion argues that there is undisputed direct evidence of copying as demonstrated by Nicole Duke’s deposition testimony that she made handwritten redline modifications and annotations to a printout of the Santa Maria floor plan provided to her by Medallion and then showed that modified plan, along with other materials, to the draftsman for the purpose of preparing the Duke plan. However, Tivoli denies copying. In any event, the record, at most, would support a finding that Defendants made a copy only of Medallion’s Santa Maria design as modified by Mrs. Duke. Moreover, even if there were evidence that the Dukes attempted to copy the Santa Maria plan, "there is no infringement unless the defendant succeeded to a meaningful degree." Leigh, 212 F.3d at 1214. Therefore we would still need to perform the same substantial similarity analysis performed below.


Thus, if the McMansions are different, it appears that copying the floor plans and making a derivative work doesn't constitute copyright infringement in the Eleventh Circuit.


Rather than letting a jury decide the questions raised from the evidence, the Eleventh Circuit slammed the courthouse doors shut.   The Seventh Amendment guarantees the right to a jury trial in civil actions, and this seems like a fact-specific determination that ought to have been resolved by a jury.


The Eleventh Circuit seems to have raised the bar too high in these cases and where, as here, there was proof of direct copying and preparation of a derivative work, the jury should have had the opportunity to test the credibility of the evidence and make findings of fact.

The wife of Nina Simone's late husband Andrew Stroud (1926 to 2012) argued that there was no jurisdiction over her because she had not been served and that even if she had been served, she had not yet appointed as a representative of the estate of her late husband or properly substituted in as a party.   In reviewing the efforts to serve her in New York, the court approved of the diligent efforts to serve her four times (including on a Saturday) and rejected her arguments that the papers needed to be left with the doorman because the doorman did not block access to her unit.

In upholding sanctions, the Ninth Circuit noted that the trial court had found that the defendant and her counsel had engaged in gamesmanship, bad faith, misconduct and delay.

Some information on Nina Simone and Andrew Stroud here.

In TCA Television Corp. v. McCollum, 839 F.3d 168 (2d Cir. 2016), the U.S. Court of Appeals reversed a decision of the Southern District of New York.   The SDNY found that a sock puppet version of the Abbot & Costello routine "Who's on First" was a transformative fair use "as a matter of law" and dismissed the copyright claims of the owner to a film containing the routine.


Walking through the factors of fair use, the Second Circuit concluded that the use was not transformative, was commercial and otherwise not limited or incorporated in a way that would constitute fair use.


The Second Circuit, however, found that the owner of the film with the Who's on First routine did not own the copyright and thus dismissed the case.