Will Andrew Cuomo's Successor Have The Courage To Follow California's Example and Help Victims in Nazi Art Looting Cases? 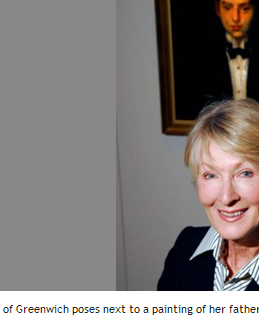 California's AG has stepped in to assist the heirs of a victim of Nazi art looting by filing an amicus brief.  New York's AG has unfortunately not assisted heirs of Holocaust victims here in New York, taking the position that it's a federal matter.  Not true, as Jerry Brown courageously argues against the Norton Simon Foundation.
Perhaps in a campaign season in New York, one of our AG candidates will take a similar courageous position on the issue.
In New York, the Attorney General has jurisdiction over charities.  Traditionally, the AG ignores the issue of stolen property in New York museums.  This is a tragedy for Holocaust victims and their descendants.  While museums stonewall and watch the last of the World War II generation die, our politicians do nothing.
It's easier just to forget the Holocaust or pretend it never happened.  Particularly when it is politically expedient to not pick fights with rich museum trustees.
Article in CT Post