The Second Circuit, Nazi Looted Art, and Why Museums Are Letting ISIS Flourish 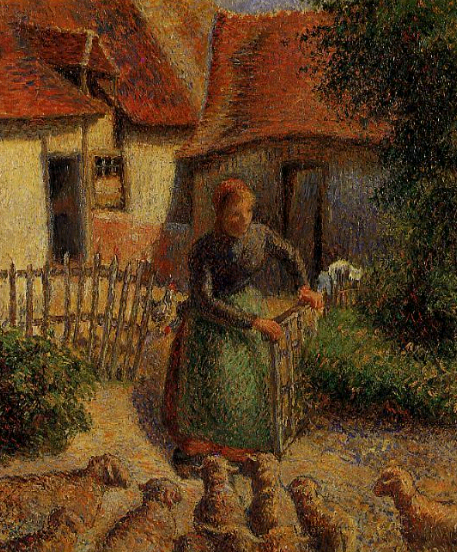 The United States Court of Appeals for the Second Circuit has remanded a case against the University of Oklahoma brought by a Jewish woman seeking the return of a painting by Camille Pissaro that had been stolen by the Nazis from her father.

This case is one of a wave in the United States where museums have asserted statutes of limitations to hold artwork that the museums know to be stolen from Jewish families.  This violates an international agreement that the United States signed in 1998 known as the Washington Conference Principles on Nazi-Confiscated Art.

I discuss why museum directors who launder stolen art, rather than return it to the families from whom it was stolen should be prosecuted and jailed in a law review article Nazi Looted Art and Cocaine:  When Museum Directors Take It, Call The Cops.

If you are interested in the topic, please check out this 2014 report by the Jewish Claims Conference:  Art and Judaica Looted by Nazis from Jews Still Largely Unidentified; Review of 50 Countries Shows Little Progress Despite International Pacts   It blasts museums for failing to follow their own ethics codes.

U.S. museums are the ultimate repository for billions in stolen art, meaning that the U.S. taxpayer finances looting operations, past and present.  To understand how ISIS finances its operations through looted antiquities, I recommend Col Matthew Bogdanos' lectures and his book The Thieves of Baghdad: One Marine's Passion For Ancient Civilizations and the Journey To Recover The World's Greatest Stolen Treasures.   The Colonel and I recently spoke at the National Arts Club where he described the role of museums and auction houses in laundering antiquities.

When will prosecutors have the courage to take on The American Alliance of Museums?  The National Stolen Property Act has long forbid the transport, possession and concealment of stolen property (as does the law of every state), but prosecutors don't have the gumption to take on rich, powerful and popular museums.  The result is that tax breaks are given out for donations of stolen property.  The U.S. taxpayer is the victim, our museums have been transformed into laundering institutions, and we wonder why organizations like ISIS continue to flourish,.  Prosecutors too dumb to follow the money or too interested in taking easy cases that won't offend anyone wealthy.


Presenter: Raymond Dowd, Esq.  With last year’s film Monuments Men, the upcoming Woman in Gold starring Helen Mirren and Ryan Reynolds, and with the documentary The Rape of Europa on PBS, the story of Adolph Hitler’s art looting program is finally gaining Hollywood’s attention. A find of 1,400 artworks in Munich last year in the possession of Cornelius Gurlitt, the son of one of Hitler’s art dealers, raised an international firestorm. But the unfinished business of World War II remains unfinished, with governments and families continuing to trace stolen artworks that are hidden in public and private art collections worldwide. With D.A. Robert Morgenthau’s seizure of Egon Schiele’s Portrait of Wally and Dead City III in 1998, world attention focused on the topic. Speaker Raymond J. Dowd of Dunnington Bartholow & Miller LLP brought the first federal Holocaust-era Nazi art looting case to trial in the Southern District of New York and argued it twice to the Second Circuit. In an entertaining and art-filled lecture, he will present the law, the history and the ethical concerns that continue to face our courts today.