Today's visit to the Yale University Art Gallery's website reveals that the known provenance of Vincent Van Gogh's The Night Cafe is as follows (in italics):

Le café de nuit (The Night Café)
1888 Artist: Vincent van Gogh, Dutch, 1853 - 1890
Bequest of Stephen Carlton Clark, B.A. 1903
1961.18.34
This object is on view at the gallery.
Note: This electronic record was created from historic documentation that does not necessarily reflect the Yale University Art Gallery's complete or current knowledge about the object. Review and updating of such records is ongoing.

But an astonishing new lawsuit filed by Yale University in Connecticut alleges that Yale has known for many years that this Van Gogh once belonged to Ivan Morozov, a Russian aristocrat. NY Times article here. According to the Complaint, Vladimir Lenin signed a decree in 1918 nationalizing Ivan Morozov's art collection.

Yale is suing Morozov's grandson, who lives in France, for a declaratory judgment that Lenin's 1918 decree confiscating Morozov's collection was legal. The Complaint contains an endless list of publications in which Yale purportedly published its ownership of the Van Gogh, and, as best this reader could tell, always giving Stephen Carlton Clark as the first known provenance.

But the Complaint claims that the Van Gogh passed through the Matthiesen Gallery in Berlin and then through the Knoedler Gallery in New York. Why are the names of these galleries not displayed on Yale's website with the corresponding acquisition dates?

When did Yale learn that this work had been expropriated by Vladimir Lenin? And why does Yale's website continue to contain a misleading provenance that is directly contradicted by a complaint filed in Connecticut federal district court?

The Complaint says that Yale filed this lawsuit in response to a letter from an attorney for Pierre Konowaloff which attached a copy of a complaint to be filed in Connecticut District Court, thus creating the "case or controversy" under 28 U.S.C. Section 2201.

Practitioner's note: Annexed to the Complaint (available on PACER) is an "Order to Appear or Plead Pursuant to 28 U.S.C. Section 1655" that requires the defendant to appear or plead by May 22, 2009. The Complaint is dated March 23 and the order is dated March 25 and recites that the defendant has not yet appeared in the action. This painting has been sitting safely at Yale for 50 years. Unless Yale desperately needs to sell it in the near future, I can't imagine why or how it got an order fast-tracking the case before the defendant had even been served.

Just wait until Rush Limbaugh gets hold of this.
Posted by Ray Dowd at Sunday, March 29, 2009 No comments:

Professor Doug Lichtman of UCLA has put together an amazing series of monthly podcast CLE (Continuing Legal Education) programs available for free at http://www.ipcolloquium.com/. These programs can be downloaded and listened to on your Ipod. Following the program, you submit the verification passwords and get CLE from your local jurisdiction.

The February 2009 program on statutory damages was lively, engaging and professionally-produced. Lichtman interviewed Charles Nesson of Harvard, who has taken on the defense of a young person accused of downloading seven songs and then making the songs available for others to copy.

In concluding the program, Lichtman steps outside the traditional role of moderator and concludes that Nesson is wrong. I am not entirely persuaded that Nesson is wrong, and I think that he made some powerful and troubling arguments that were perhaps too quickly discounted. The facts in Nesson's case are quite troubling, as are the RIAA's attacks on minors and the impecunious. I think it likely that some federal judges may agree that the RIAA has gamed the federal court system by aiming its efforts at those who can't fight back.

I look forward to checking out the IP Colloquium's other programs. If the program on statutory damages is typical, these programs should be an entertaining, thought-provoking way of getting CLE credits.
Posted by Ray Dowd at Saturday, March 28, 2009 6 comments: 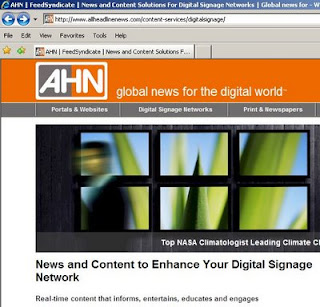 AHN, found here was sued by AP, found here. It was alleged that poorly-paid Florida employees took AP content, removed copyright notices, reworked it and republished it as their own.

The court denied the bulk of the motion to dismiss, finding that AP's claims for misappropriation and unfair competition under New York law are not preempted by the Copyright Act. The court dismissed the Lanham Act claims, finding that AHN did not infringe AP's trademark by wrongfully deleting its trademark from its news reports.

under New York law, a valid, non-preempted claim for misappropriation arises when:
(i) a plaintiff generates or gathers information at a cost; (ii) the information is time-sensitive; (iii) a defendant's use of the information constitutes free riding on the plaintiff's efforts; (iv) the defendant is in direct competition with a product or service offered by the plaintiffs; and (v) the ability of other parties to free-ride on the efforts of the plaintiff or others would so reduce the incentive to produce the product or service that its existence or quality would be substantially threatened.

The court applied New York - the law of the "place of injury" - that is, the place where the plaintiff suffered economic loss because of the misappropriation of its ideas.

The court also permitted the DMCA claim to proceed - holding that removing copyright notices from published articles violates the statute's clear language and rejecting the defendants' arguments that DMCA violations are limited to removing encryption and other digital coding.

This is a case that is likely to be cited for its conflict of laws analysis.
Posted by Ray Dowd at Sunday, March 01, 2009 4 comments: