Fair Use Fridays: ALA - Fair Use Guidelines "Of Little Practical Help"

Section 107 of the Copyright Act of 1976 defines fair use. It is a vague definition, intentionally so, presenting broad principles with no reference to numerical limits on the portion of a work used, or the length of time a work can be used. This vagueness provides tremendous flexibility, but also leads to much uncertainty. Applying the statute to a particular proposed project can result in multiple, quite reasonable interpretations. In an effort to combat this uncertainty and make fair use more predictable, representatives of both copyright holders and consumers have often met to develop guidelines that provide the sort of specificity that many find desirable.

The most well known of these guidelines are the CONTU Guidelines on Photocopying Under Interlibrary Loan Arrangements, adopted in 1978, and the Agreement on Guidelines for Classroom Copying in Not-for-profit Educational Institutions with Respect to Books and Periodicals (often referred to as the "Classroom Guidelines"), adopted in 1976. More recently, attempts were made to reach similar agreements for educational multimedia, electronic reserve, and distance learning. For the most part, agreement could not be reached as copyright owners believed the proposed guidelines to be overly permissive, and library and educational representatives found the proposals to be too restrictive.


The failure of the recent negotiations and almost 25 years of experience with the earlier guidelines have led many to conclude that fair use guidelines, by their very nature, fail to capture the principles embodied in fair use and are of little practical help.

A Powerpoint on fair use for librarians here.

The Tasini v. New York Times drama has been going on for many, many years. The issue: freelancers wrote articles for the New York Times and other publications. When technology permitted the articles to be put into searchable electronic databases, could the publishers do this without seeking permission from the copyright holder? The U.S. Supreme Court's 2001 decision in Tasini taught us that doing so without getting the copyright owner's permission was copyright infringement. So in the decade that followed, we had Reed Elsevier v Muchnick in which the US Supreme Court decided that 17 USC 411 (the requirement that a copyright be registered before a federal claim for copyright infringement may be filed) was not jurisdictional.

Now following remand from the Supreme Court's decision in Muchnick, we have In re Literary Works in Electronic Databases Copyright Litigation (2d Cir. August 17, 2011) - a decision deciding a matter that was originally argued on March 7, 2007.

The settlement capped the publishers' total exposure at $18 million.  Key to the Second Circuit's reasoning was that only Category C would be reduced if the global settlement exceeded $18 million.

This decision is an important one in interpreting Rule 23 of the Federal Rules of Civil Procedure, which governs certification of class actions and requires that each class or subclass be adequately represented.


In Re Literary Database Litigation

Facts:  Foreign student residing in US has family members purchase English-language textbooks from foreign country and ship them to US where he resells them on Ebay.   The textbooks are substantially similar to those sold in the US, although of inferior quality of manufacture (thinner paper, fewer inks).   The manufacture and distribution of the textbooks in the foreign country was authorized by the US copyright owner, but importing them into the United States was not.

The Second Circuit upheld a judgment against the student for hundreds of thousands of dollars following a jury trial.

§ 109. Limitations on exclusive rights: Effect of transfer of particular copy or phonorecord42

(a) Notwithstanding the provisions of section 106(3), the owner of a particular copy or phonorecord lawfully made under this title, or any person authorized by such owner, is entitled, without the authority of the copyright owner, to sell or otherwise dispose of the possession of that copy or phonorecord. [...]

Essentially, the Second Circuit determined that a copy made in a foreign country was not lawfully made under the Copyright Act.    I commend Judge Murtha's dissent for careful study, the decision is embedded below.

More on the first sale doctrine and the Costco/Omega case here. 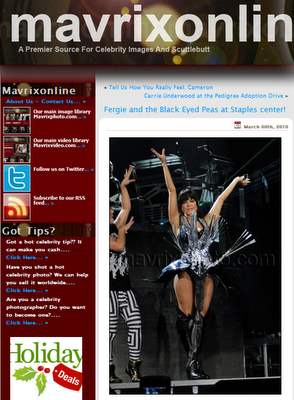 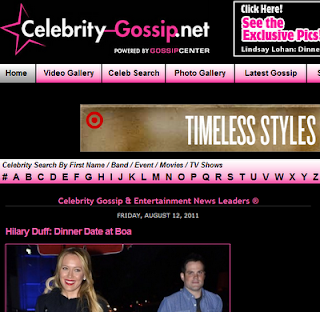 Specific jurisdiction is now a very hot topic in copyright law, following the American Buddha case (more on American Buddha here or scroll down to the bottom of the blog and select "American Buddha").   The issue is whether New York or California long-arm statutes will permit an exercise of jurisdiction over out of state infringers, so it is an example of federal courts relying on state law for their jurisdiction.  The test is "due process" and the citations are to cases that are the bane of first-year law students.  In the American Buddha case, the Second Circuit certified the question to the New York Court of Appeals.  We are seeing an expansion of effective remedies for New York and California copyright owners for serious infringers who are located out-of-state.

Fair Use Fridays: Myths About the Copyright Act's Fair Use Provisions

Myths about the fair use doctrine, article here
Academics fighting back.... 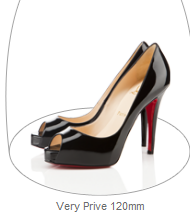 Christian Louboutin's Distinctive Red Outersoles
In Christian Louboutin SA v. Yves Saint Laurent America, Inc. 11 Civ. 2381 (August 10, 2011), Judge Victor Marrero of the Southern District of New York has revealed an artistic and poetic streak rare among those sitting on the federal bench. The decision (link below)invokes Walt Whitman's Leaves of Grass, and sets up a hypothetical in which Picasso tries to stop Monet from painting water lilies in a distinctive color of indigo that Picasso had used during his blue period.

The blue analogy was used to refuse a request for a preliminary injunction from Christian Louboutin who has developed the expensive and distinctive red-soled shoes that have captured the fashion and celebrity world's imagination. Louboutin has a TM registration in the color red on the outersole of a woman's shoe.

Following Judge Marrero's decision, it looks like Louboutin's TM will not survive, in part over a TM claim to the color red where Louboutin only uses a particular shade of red.

Judge Marrero distinguished the fashion industry from industries, like in the Owens-Corning fiberglass case that protected the color pink, where the color is not part of the product. As Judge Marrero observed, fashion is all about color and color choices, unlike a product like fiberglass.

Additionally, quotes from Louboutin were introduced in which he ascribed a function to the color red, further endangering his ultimate claims. 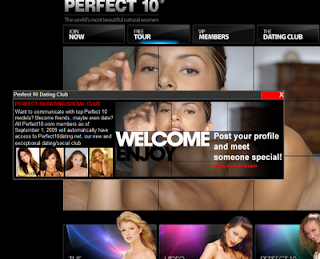 If you thought that the Perfect 10 v. Google case had been resolved long ago, you, like me, would be wrong.  Perfect 10 v. Google, 10-56316 (Ninth Circuit August 3, 2011) is the latest decision by the Ninth Circuit deciding that Perfect 10 should not get an injunction.   In this latest decision again denying Perfect 10 a preliminary injunction, the Ninth Circuit expressly adopted the Supreme Court’s logic in the EBay case which rejected a presumption of irreparable harm in a patent infringement case.  Ebay Inc v. MercExchange, 547 U.S. 388 (2006).
For some time, if a copyright owner showed ownership of a copyrighted work and showed that the defendant had engaged in unauthorized copying, courts presumed that irreparable harm had been shown and shifted the burden of proof to the defendant.   The EBay standard makes getting a preliminary injunction much tougher for copyright owners, reducing the immediate settlement value of many infringement claims.
Perfect 10 is a rather unsympathetic plaintiff, suing Google for its caching of the entire internet and its practice of sending copies of all cease and desist letters to  the Chilling Effects website.  Perfect 10 alleges that because someone could look at a cease and desist letter, then click on the link to view an unauthorized photograph, that it has lost millions of dollars, since consumers won’t pay a subscription for its soft-core pornography when it can be found for free.   At the core of most of Perfect 10’s complaints is that its own subscribers repost images on such services as Blogger.
Since Google is so useful and has adopted what appear to be reasonable anti-infringement policies, it is a sympathetic defendant.  There may be more sympathy for Perfect 10’s position to be found in an amicus brief filed by the Picture Archive Council of America and others, I didn’t dig into this.   An unsympathetic plaintiff who fails to develop a proper record may sometimes shape the law in ways that is undesirable for many others, particularly working photographers needing legitimate protections against republication of original images.  This may well be such a case.   Treating copyrights as fungible goods may not necessarily serve the best interests of society and shifting the cost burden to copyright owners may well be unfair in the case of individual authors who may well be deprived of all bargaining power in cases of legitimate and truly irreparable injury.

Canada on Strike
Tags: SOUTH
PARKmore...
In Brownmark Films, LLC v. Comedy Partners, 2011 WL 2648600, --- F.Supp.2d --- (E.D. Wisc. July 6, 2011), on a motion to dismiss a copyright infringement claim pursuant to Rule 12(b)(6) of the Federal Rules of Civil Procedure, the district court resolved two important issues.   First, the district court tackled the issue of whether two joint authors had standing to commence a copyright infringement proceeding when a third sat the litigation out.  In this case, plaintiff Brownmark was an assignee of two of the three authors.   The district court, taking issue with the Ninth Circuit’s holding and reasoning in the Sybersound case, held that two of the three joint authors could proceed.   Since the district  court unravels some tricky language in the Copyright Act regarding who may grant an “exclusive license” and since this is likely to be an issue upon which circuits will split, this decision is worth reading (the district court adopts the views of Nimmer and Patry, both of whom criticize Sybersound).
Second, the district court took the unusual step of resolving a “fair use” defense on a Rule 12(b)(6) motion.   Ordinarily, affirmative defenses are not  considered on Rule 12(b)(6) motions.  The exception is where the affirmative defense is fully pleaded in the complaint.   The district court found that two videos were referred to in the complaint and the circumstances warranting a finding of “fair use” under 17 U.S.C. 107, the Copyright Act’s fair use section, were pleaded.
The facts involved the creation of a video for the television series South Park from the episode “Canada on Strike” using the song “What What In the Butt”.   The opinion is well written, but may concern those who find that Iqbal and Twombly have unduly shifted burdens onto plaintiffs too early in the game.
www.dunnington.com
Purchase Copyright Litigation Handbook 2010 by Raymond J. Dowd from West here
Posted by Ray Dowd at Tuesday, August 09, 2011 2 comments:

I have seen in a long time:

More IP Freely here.    The blog has not been updated since October 2009, indicating that the title might not be entirely accurate.
http://www.dunnington.com/rdowd_bio.html
Purchase Copyright Litigation Handbook 2010 by Raymond J. Dowd from West here
Posted by Ray Dowd at Monday, August 01, 2011 No comments: