Please sign up now for a lunchtime CLE offered by the West LegalEdCenter on Wednesday, July 25.  You can call in from anywhere for this live session and listen from your desk.  Details here.  Course description: 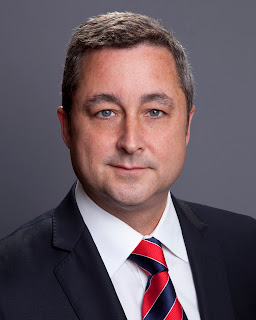 Ray Dowd, author of West’s acclaimed Copyright Litigation Handbook and a partner in Dunnington Bartholow & Miller LLP in New York City will lead us through the process of investigating, analyzing and documenting a copyright litigation from the initial client interview.

Dowd, a seasoned litigator, takes us through a pre-flight litigation checklist designed to avoid potential pitfalls that may arise before a copyright litigation is launched or when your client is sued. Does your client have a case? If so, how well is it documented? Have you reviewed the client’s claims and documents before actually filing the complaint? What evidence do you need before moving ahead?

Does your case belong in federal or state court? This course will cover how to pick the right courthouse, analyze copyright terms, statutes of limitations and how to get an idea of whether attorney’s fees may be available.  Initial considerations from the defendants’ perspective will be considered, together with some potential strategies for quickly finding the holes in your adversary’s case.

Don’t wait until you are in a courtroom to realize that preparing copyright cases requires special attention. Copyright litigation has exploded as the world has become digitized. This course will assist you in navigating potential minefields.

Great new piece in the Clyde Fitch Report called Battling Hitler's Ghost on how U.S. museum have used statutes of limitations against heirs of Holocaust victims to hold onto artworks they know are stolen.

A lot is coming to light because of revelations in Germany regarding the art dealer Alfred Flechtheim.  MoMA claimed that Flechtheim's inventory had not been Aryanized when Hitler took power in 1933, but overwhelming evidence has emerged to give lie to the position that MoMA took to avoid returning artworks to the heirs of artist George Grosz.

Should Congress or state or city legislatures adopt legislation to force U.S. museums to return all of the stolen artworks to victims of Nazi persecution and their families?   According to the article, at least one scholar thinks so and has drafted a Nazi-Era Art Restitution Act ("NEAR Act").

Unfortunately, MoMA completely stonewalled the Grosz heirs and scholars seeking to determine how many works stolen from Alfred Flechtheim are in its collection.

The New York Observer on MoMA's debt to Flechtheim here.

When can we expect MoMA's Trustees to issue an apology for MoMA's dark role in the Holocaust and in profiteering from the human misery in its wake?

When Congress enacted the Holocaust Victims Redress Act of 1998, U.S. museums lied to Congress by claiming that the state law remedies of replevin were sufficient to accomplish the return of stolen artworks to Holocaust victims and their heirs.   When will prosecutors start holding U.S. museum directors responsible for receiving and trafficking in stolen property and for deceiving the public?   Donations of stolen art to museums are currently subsidized by U.S. taxpayers and shielded from view by high-priced lawyers with no interest in doing the right thing.  It's time legislators got busy.

Join me for an hour of Ethics CLE by downloading the audio file from West LegalEdcenter website here.  I have designed this course to make Copyright Litigation Handbook come alive and to focus on the ways that practitioners can avoid getting into hot water when starting or defending copyright cases.

Ray Dowd, author of West’s acclaimed Copyright Litigation Handbook and a partner in Dunnington Bartholow & Miller LLP in New York City will take us through the ethical pitfalls facing legal practitioners tackling copyright litigation.
Dowd, a seasoned litigator, takes us through a pre-flight litigation checklist designed to avoid the potential of sanctions in copyright cases. When a potential copyright case comes to your office, what are your ethical obligations in advising a potential client? How should clients be advised on the assessment of legal fees before a litigation starts? How may a client’s “innocent” copying lead to large judgments and assessment of attorney’s fees?
Aside from harsh consequences to clients, attorneys may be sanctioned personally in copyright cases. What sort of investigation is necessary to avoid Rule 11 problems before filing a lawsuit and to avoid dismissal of the suit? May sending a cease and desist letter to a foreign jurisdiction subject your client to a declaratory judgment action in an inconvenient forum? What is the "first to file" rule and what are the exceptions?
Copyright litigation has exploded as the world has become digitized. This course will assist you in understanding how to avoid potential minefields.
The New York Law Journal called Dowd’s Copyright Litigation Handbook “an indispensable guide and supplement to the ins and outs of copyright litigation…”.

For those of you who read my post about art dealer Alfred Flechtheim yesterday, here is a link to the Spiegel article that is now available in English.

This article should cause great consternation among the members of the American Association of Art Museum Directors, the folks largely responsible for the trafficking the United States in art stolen from Jews.  Next time you go to a museum, ask where they got that beautiful Picasso and who owned it in 1932.  If the museum can't or won't answer, they are probably lying to you.

Many more posts here on Alfred Flechtheim the man whom the Nazi chose to symbolize international Jewry and the man that MoMA and other museums are trying to write out of history.

Artworks Stolen From Alfred Flechtheim at the MOMA

For those who care about artworks stolen from Alfred Flechtheim, the Weimar Republic's greatest artdealer, there is a new Wikipedia page on Flechtheim in English here.   A recent article in Speigel magazine discussed Flechtheim, unfortunately the article is not in English.  Flechtheim was a Jew and the greatest dealer of contemporary art in Berlin in 1933.  He has been written out of history by those persons and institutions, particularly the MoMA, who profited from his demise.  The greatest forgery ring in German history recently ripped off the art collecting world, including comedian/art collector Steve Martin, by faking works from Flechtheim's stolen collection. Flechtheim was selected as Jewry's poster boy by the Nazis for his receding hairline and particularly prominent nose.  Harvard's Busch-Reisinger museum's modern German sculpture collection was founded in the early 1930's with a Rudolph Belling sculpture of Flechtheim's nose.

Alfred Barr borrowed much of Flechtheim's exhibition for the MoMA's first show of German art and Flechtheim gave the MoMA one of the first works to become part of its permanent collection, a sculpture of the boxer Max Schmeling, the guy who Joe Louis beat.  No one seems to know what MoMA did with the Schmeling sculpture.  History has failed to document Alfred Barr's intellectual and other debts to Alfred Flechtheim.  Barr, of course, was gleefully grabbing up art bargains that the Nazis had stolen from Jews, including the great critic and philosopher Walter Benjamin.

Many works stolen from Flechtheim are now at New York's Museum of Modern Art.  In Grosz v. MoMA the heirs of Berlin artist George Grosz sought to reclaim artworks that Grosz had left with Flechtheim when Grosz fled Hitler in January 1933 to come to New York to teach at the Art Students League.   MoMA got the case dismissed by falsely claiming to a federal judge that MoMA had refused the Grosz heirs claims and thus succeeded in applying the statute of limitations to hold onto the stolen art.  MoMA refused to provide the research files from MoMA's Provenance Research Project to the Grosz Heir and refused to provide its documents on art dealer Curt Valentin, MoMA's conduit to the Nazis.

MoMA's trafficking in artworks looted by the Nazis was the subject of William Cohan's excellent article MoMA's Problematic Provenances.

Glen Lowry, MoMA's director under whose tenure the files from the Provenance Research Project apparently disappeared, remains at its head.  Cohan won a Silurians Award (article here) for his article exposing MoMA's crimes, but MoMA's Trustees seem to have taken little note.  Hopefully German museums will start to write and publish work about Flechtheim, his Aryanization by Nazi SS  (earlier of Der Stahlhelm) member Alexander Voemel, and this research will force U.S. museums to start doing the right thing.