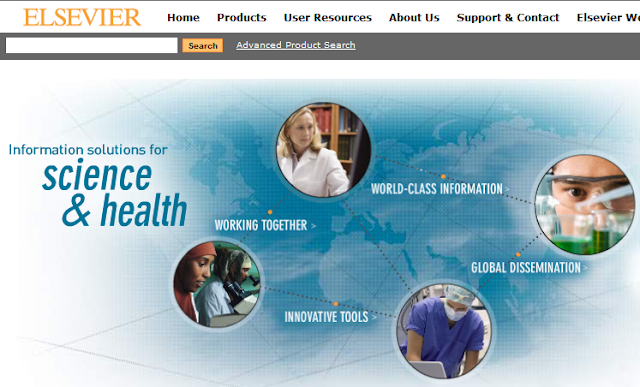 In Elsevier N.V. v. United HealthGroup, Inc, 2011 WL 1002659 (SDNY March 7, 2011), Judge William Pauley denied Elsevier's motion for summary judgment. Elsevier licensed its database to defendant for the use of 50 employees. Elsevier's spreadsheets indicated that many unauthorized employees potentially accessed the articles. But who has the burden of proof? Here is the court's answer:

The central question in this litigation is whether the persons within the UHG organization who accessed ScienceDirect were Authorized Users. Elsevier contends those individuals were not authorized because all domestic employees of UHG were actually employed by UHCS, an entity not licensed to access ScienceDirect. (Pl.'s 56.1 Stmt. ¶¶ 7, 9; Dunnegan Decl. Ex. J: Klein Decl. ¶ 11.) From that contention, Elsevier asserts that since UHG's domestic employees outnumber its foreign employees, it is more likely than not that any access of ScienceDirect through the Ingenix IP Address, including the Articles at issue here, occurred as a result of activities by unauthorized, domestic UHCS employees. But that is not sufficient for summary judgment.

Elsevier has not met its burden of proving the specific acts of copyright infringement. Jorgensen, 351 F.3d at 51; see also Kelly v. L.L. Cool J., 145 F.R.D. 32, 36, n. 3 (S.D.N.Y.1992) (citing cases dismissing “[b]road, sweeping allegations of infringement” with no specific allegations). Elsevier asks the Court to look at the distribution of domestic and foreign subsidiaries in Defendants' entire enterprise and make a judgment about the probability that two individual acts of computer access took place in the United States. Even if true, as Elsevier asserts, that only 26 of UHG's 225 subsidiaries are based outside the United States, (Transcript of Oral Argument dated Oct. 8, 2010 at 11-12), Elsevier offers no evidence or reason to suggest that the blunt ratio of domestic to foreign subsidiaries in Defendants' enterprise should be applied to the specific downloads at issue on this motion. At best, the Master Spreadsheet entries show that each download was made from a different computer with a different “cookie.” (Lendi Reply Decl. ¶ 6.) But at this point in the case, Elsevier is unable to offer evidence of the identities or locations of the individuals who downloaded the Articles.

Further, Elsevier's theory on this motion is at odds with the terms of the Agreement, which specifically authorized Ingenix employees or independent contractors located in Basking Ridge, NJ to access the ScienceDirect database. (Agreement § 1.2, Schedule 2.) While domestic UHG “employees” may contract with UHCS, that does not foreclose the possibility they also work for Ingenix. This is buttressed by Klein's sworn statement that “employees in the enterprise are employed by [UHCS], and assigned to work for various companies in the enterprise.” (Dunnegan Decl. Ex. J: Klein Decl. ¶ 11.) Thus, a material issue of fact exists whether the individuals who downloaded the Articles were working for Ingenix and were one of the 50 Authorized Users at the time they accessed the Science Direct database.
On the other hand, Defendants contend they were authorized to access the ScienceDirect database under the Agreement and that Elsevier has the burden to prove that the individuals who downloaded the Articles were not authorized. While the copyright owner bears the burden of proving that a defendant's license does not apply in cases where “only the scope of the license is at issue,” Bourne v. Walt Disney Co., 68 F.3d 621, 631 (2d Cir.1995), the question here is whether the infringer had any license at all. Thus, the general rule-that defendant bears the burden of proving possession of a license-applies. See Bourne, 68 F.3d at 631 (citing Melville B. Nimmer & David Nimmer, Nimmer on Copyright § 13.01.) A defendant may not “merely assert the existence of a license without evidence supporting defendant's position that the license covers the use in question; without such evidence, defendant cannot be said to have met its burden ...”. William F. Patry, Patry on Copyright ( “Patry” ) § 5:133. It is undisputed that the Agreement was in effect at the time the Articles were downloaded. But Defendants have not offered any evidence that the individuals who downloaded the Articles worked for Ingenix and were covered by its license or that the Articles were downloaded through any other authorized means.

Nor is it unfair in these circumstances to place the burden of discovering the identities of the individuals who downloaded the Articles on Defendants. Not only are Defendants in the best position to know such information, Ingenix was obligated to use “reasonable efforts” to prevent unauthorized use (Agreement § 3.2), which should include keeping track of the identities of those individuals who access ScienceDirect from the Ingenix IP Address.