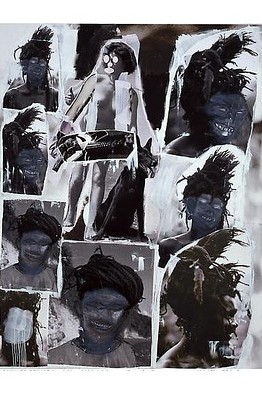 The opinion is noteworthy and will basically EXPLODE the contemporary art world, which has invested heavily in Richard Prince and his appropriations. The opinion notes that Prince thinks his artworks are pretty meaningless, but the owners of his artworks will probably mobilize art and cultural critics to supply a deeper meaning pronto.    Perhaps in future litigation Prince will become more articulate about the nature of his artistic vision, as did artist Jeff Koons whose early losses have now been turned into wins based in part by affidavits certifying that his art does indeed have a message more pleasing to judicial ears.

Clancco is outraged  delighted that the decision includes an order to impound and destroy Richard Prince's artworks, which Larry Gagosian made over $10 million dollars in selling, read Clancco here.

Does the price of a Prince work go up after this decision?

Here is the decision:

Ray,
Thanks for the mention, but I am not "outraged" by the decision. In fact -- and as I state on my blog, clancco.com -- I think Judge Batts was absolutely correct on this one, and that this is a great decision for visual artists. -sms

Appropriation art, or 'remix' art in Lessig's circles, is virtually impossible without infringing on copyrights.

Sure, rights can be cleared if you have the money and lawyers, but most artists don't have those resources. Does it make sense to let copyright get in the way of those artists' right to free expression?

Or, Roy Lichtenstein's 'cartoon' paintings, which were all almost exact copies of panels from existing comic books.

And let's not forget that it's not only painters who appropriate art. The R&B scene often uses mashed samples (short clips) of other songs to create something new, but as always they run into legal problems.

This situation is insane.

The 'remix' artists turn around and claim copyright on their pieces (Prince copyrights everything he produces)...and usually try to enforce it if they can (look at the recent Jeff Koons balloon dog debacle). I don't think they really want a world where they concede any copyright. That's a world where the person who can produce the most copies and promote the work makes all the money and the artists make nothing.

With respect to Warhol and the rest, they tended to simply settle out of court. Prince too (look at the cowboys or Spiritual America)--not sure why he decided to take this to court other than he's started to believe the crazy assertions put forth to sell his work in auction-houses catalogs (that he's reinvented authorship, etc...).

Also, as far as R&B, the last time I checked you are supposed to pay the copyright holder if you sample--does Ice, Ice baby mean anything to you?

This IS a great decision for visual artists.