SDNY - Google Books Settlement Rejected, A Waste for the Blind 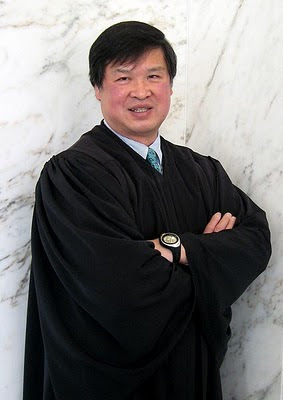 Hon. Denny Chin - Photo Sue Kim Wikimedia Commons
Below is the lengthy decision by Circuit Judge Denny Chin rejecting the Google Books class action settlement.  Class actions are governed under Rule 23 of the Federal Rules of Civil Procedure.  Rule 23 derives from the common law writ of a "bill of peace" -  that is - to settle a person's rights as against the world and to quiet title.   But Google didn't get any peace and quiet, even though Judge Chin acknowledged that under the applicable legal analysis, many aspects of the settlement were fair and acceptable.

But as a legal matter, Judge Chin had the most trouble with two aspects:  1. settling future claims and 2. the high number of opt outs.   On the first point, Judge Chin simply concluded that any settlement that purported to transfer or limit the rights of copyright holders such as owners of orphan works would be better handled by Congress.   This is the aspect of the case that will be the most troublesome to Google - if the court is powerless to award relief prospectively, they can't go back to the drawing board and just settle.  Judge Chin's language regarding Google's copying of the books is hostile and he appears to accept the sanctity of an author's right to leave a book unread.

Since there are rights to make fun of, to criticize, to comment upon copyrighted works once an author puts a book out into commerce, I wonder that Google has not developed some stronger arguments than what I have seen.   Under the common law, if you let the land lie fallow and someone else plowed it, you got it under the doctrine of adverse possession.    See also the doctrine of waste.  Query whether the public - the ultimate beneficiaries of the copyright reversionary interests (into the public domain) is damaged by a failure to exploit literary works, particularly scholarly non-fiction that have already been published.

The decision also concedes that the blind, who have no other access to out of print or print-only books, are hurt the most by the rejection of the Google settlement, and the conflict between academics, who want their works accessed, and their publishers, who want to be paid.

Soon we will see the Google lobbyists flock to Washington, DC.   The blind should be leading.