Second Circuit Local Rule: Attorneys Who Fail To Apply for Readmission Will Be Removed from the Rolls 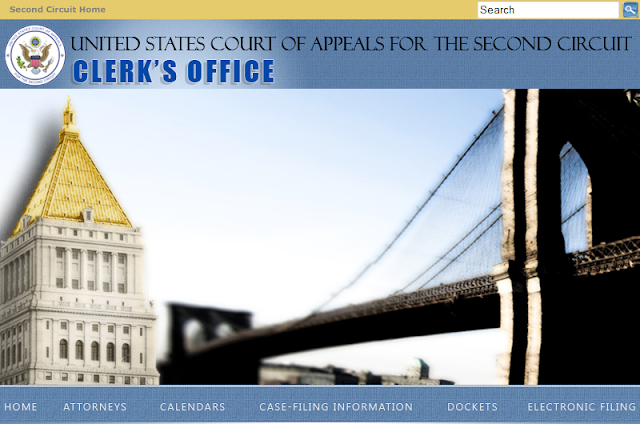 Starting July 1, 2011, the Second Circuit Court of Appeals will start removing from its rolls attorneys who do not apply for readmission.

Many lawyers do not realize that when they are admitted to the bar of the state in which they practice, the story of being admitted to courts does not end there.   Federal district courts and appellate courts each require that the attorney be admitted to that court as well.   So, for example, I am admitted to the U.S. District Court for the Southern District of New York, and also admitted to the U.S. Court of Appeals for the Second Circuit.   Right now these courts are in the same building.  One might be surprised how often attorneys overlook the admission requirements.

The Second Circuit Court of Appeals' listing of attorneys admitted to practice before it can be found here.

The Court's announcement that it will be removing attorneys who don't apply for readmission here.

For informational purposes the Court will continue to post on the website the roll listing attorneys admitted between January 1, 1985 and December 31, 2010. This "Archived Roll of Admitted Attorneys" will assist, in particular, an attorney who wishes to track a pre-April 1, 2004 admission date but has not yet renewed admission. If an attorney admitted between April 1, 2004, and December 31, 2010, does not see his/her name in the CM/ECF database but does see his/her name on the Archived Roll, please contact Admissions at 212-857-8640.

Pursuant to LR 46.1(a), an attorney who was admitted prior to January 14, 2006, and has not renewed admission is now considered in inactive status. After 12 months in inactive status, an attorney will be removed from the admission roll. That attorney must then reapply for admission in accordance with the rule to file a notice of appearance in connection with a case before the Court. The Court will begin to record inactive attorneys as removed from the Archived Roll on July 1, 2011.

More on the federal circuit courts of appeal here.