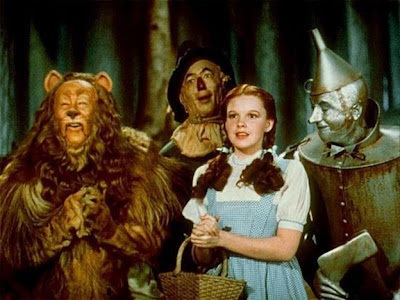 What happens when you take an image from a publicity still for the Wizard of Oz of Judy Garland that has fallen into the public domain and add the phrase "There's no place like home?" where the phrase is part of a book and film under copyright?   Or if you take that same public domain image and render it in three dimensions with the added detail from your own imagination?

The Eighth Circuit has held that you have engaged in copyright infringement in  Warner Bros. Entertainment, Inc. v. X One X Productions (July 5, 2011) (10-1743).

The decision is an interesting one, finding that the enhancements to the public domain works are "evocative" of the copyrighted book and films.   The decision draws interesting distinctions between a "James Bond" character whose visual appearance changes from film to film, and other cartoon-type characters who are recognizable visually.

A lot of thought went into the opinion, but it will be interesting to see whether other circuits or the US Supreme Court follows in light of the opinion in Dastar.

Enhancements to the public domain will be the hot topic of the next few years in copyight litigation, this is not the last word.

A past post on Dastar and this case here.

Patently-O's take on the X One X case with links to documents here.