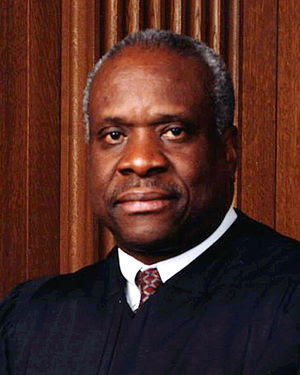 Image via Wikipedia
In Reed Elsevier v. Muchnick, 08-103 (March 2, 2010) the U.S. Supreme Court, in a decision by Justice Clarence Thomas, held that a failure to register a copyright under Section 411 of the Copyright Act did not deprive a District Court of jurisdiction to approve a settlement agreement involving unregistered copyrights.   The decision is found here.

The case arose out of Tasini v. New York Times, a claim by freelance authors against the New York Times and other publishers, alleging that publishers infringed copyrights by including articles in which freelancers retained copyrights in electronic databases.  Irving Muchnik objected to a settlement in the wake of Tasini (affirming the claim of copyright infringement).  The Second Circuit vacated that portion of the settlement relating to unregistered copyrights, claiming that the district court lacked jurisdiction over the controversy (over the dissent of Judge Walker).  I agreed with Judge Walker's dissent in my blog post of December 2, 2007.

The language from the Court:

Subject to certain exceptions, the Copyright Act requires copyright holders to register their works before suing for copyright infringement. 17 U. S. C. A. §411(a) (Supp. 2009). In this case, the Court of Appeals for the Second Circuit held that a copyright holder’s failure to comply with §411(a)’s registration requirement deprives afederal court of jurisdiction to adjudicate his copyrightinfringement claim. We disagree. Section 411(a)’s regis-tration requirement is a precondition to filing a claimthat does not restrict a federal court’s subject-matterjurisdiction.

Importantly for copyright litigators, the Supreme Court did NOT address the split between the Circuits over whether judges may or are required to sua sponte dismiss copyright actions where a copyright registration certificate was not obtained prior to the filing date of the action.

Becase the subject matter of copyright is completely preempted by federal law, I think that the result is a correct one in the class action context.
Posted by Ray Dowd at Sunday, March 07, 2010

"Importantly for copyright litigators, the Supreme Court did NOT address the split between the Circuits over whether judges may or are required to sua sponte dismiss copyright actions where a copyright registration certificate was not obtained prior to the filing date of the action."

Here in the 11th Circuit, specifically in the Middle District of Florida, the lack of "possession" of a registration certificate holds up a lawsuit, even if the registration applicationa has been filed and an appropriate deposit been made.

My reading of these decisions suggests that the only support for that position is the "jurisdiction" question which is now resolved by the Reed Elseveier decision. Is there another basis? Why not file suit as soon as the application has been made?