Case update inspired by Clancco.
Cassirer v. Kingdom of Spain is an incredibly important Nazi art looting case proceeding before the Ninth Circuit Court of Appeals.  Museums around the world, including the U.S., have been propagating the myth that millions of Jews suddenly voluntarily decided to give away or sell all of their earthly possessions, including artworks for bargain basement prices, pay all of the money to the Nazi regime and flee Nazi persecution because they were simply exercising free will in a free marketplace.
The museums, often run by the grandchildren of the people who avoided income taxation by donating the stolen works to the museums, now claim they didn't have any idea that this was going on (even this was all reported on the front pages of the NY Times).  Unfortunately, U.S. courts tend to buy the argument that museums ought to keep all of these pretty pictures.  Apparently, there is a sentiment that showing stolen artworks to children while concealing the provenance of the artworks has a salutory effect on America's youth.
The Cassirer case seeks to impose a constructive trust. 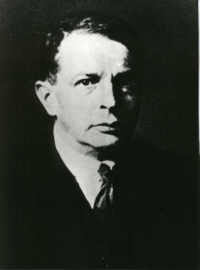 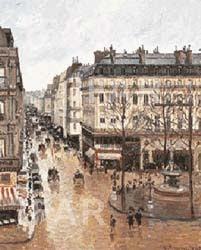 Claude Cassirer’s grandmother inherited the Pissarro, Rue de St. Honoré après-midi, effet de pluie, from her husband, whose father had purchased the work from a Parisian dealer. Mrs. Cassirer was forced to sell the work in 1939 in exchange for passage out of Germany. The work’s whereabouts remained unknown for many years thereafter. In 1976, Hahn sold the Pissarro to Baron Hans Heinrich Thyssen, who donated it to the Thyssen Collection, where it remains today. It is unclear how Hahn acquired the work. Claude Cassirer, Mrs. Cassirer’s only surviving relative, became aware of the work’s location in the Thyssen Collection “in the last several years.”