Why Did Congress Write the Copyright Act's Criminal Provisions Without Using the Words "Music Piracy"? 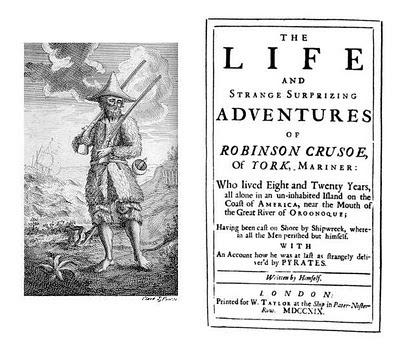 Daniel Defoe, Author of Robinson Crusoe - Attacked By Pirates Since 1703
Image thanks to Wikipedia
I don't practice criminal law.  It is truly astonishing to see the poetic license that judges let prosecutors use to impose criminal penalties on defendants for crimes that don't exist.   Here's a case of a kid being prosecuted for "music piracy" - a crime not found in the Copyright Act, and specifically not in 17 U.S.C. Section 506 "Criminal Infringement".  U.S. v. Cassim, 2010 WL 933943, 4 (S.D.Tex. March 12, 2010).  Here is the judge's denial of defendant's motion in limine to exclude use of the term "music piracy".

IV. MOTION IN LIMINE REGARDING THE TERM “MUSIC PIRACY”


Defendants seeks to exclude any use of the terms “music piracy” from the jury. They argue that this term is not evidentiary, has no probative value, and is highly inflammatory such that it will create undue prejudice. The Government, in response, argues that this term would be highly probative of the Defendants' knowledge of the unlawful object of the conspiracy. The Court finds that, because this term was and is commonly used to refer to the conduct in question, it will be difficult for witnesses and lawyers to generate an adequate substitute during questioning. It need not, therefore, be entirely excluded. However, the Court invites counsel for Defendants to suggest any possible limiting instructions which, if offered to the jury, might mitigate any possible prejudice that the term might create.

I have litigated many copyright infringement cases without the need to refer to the word "piracy" though as a civil plaintiff it is a nice synonym referring to a person who makes multiple exact duplicates, rather than someone who borrowed portions of a copyrighted work.  But it certainly is not necessary in a civil proceeding and would appear to me to be highly improper to use in a criminal proceeding.


From Wikipedia's definition of "Copyright Infringement"

Copyright infringement (or copyright violation) is the unauthorized or prohibited use of works covered by copyright law, in a way that violates one of the copyright owner's exclusive rights, such as the right to reproduce or perform the copyrighted work, or to make derivative works.


For electronic and audio-visual media, unauthorized reproduction and distribution is also commonly referred to as piracy (an early reference was made by Daniel Defoe in 1703 when he said of his novel True-born Englishman : "Its being Printed again and again, by Pyrates"). The practice of labeling the act of infringement as "piracy" actually predates copyright itself. Even prior to the 1709 enactment of the Statute of Anne, generally recognized as the first copyright law, the Stationers' Company of London in 1557 received a Royal Charter giving the company a monopoly on publication and tasking it with enforcing the charter. Those who violated the charter were labeled pirates as early as 1603.

The legal basis for this usage dates from the same era, and has been consistently applied until the present time. Critics of the use of the term "piracy" to describe such practices contend that it is pejorative and unfairly equates copyright infringement with more sinister activity, though courts often hold that under law the two terms are interchangeable.

Let's get the prosecutor a thesaurus, call the crime by the name Congress selected in drafting 17 U.S.C. Section 506 and let's leave the pirate stuff to Johnny Depp.
Posted by Ray Dowd at Sunday, March 21, 2010