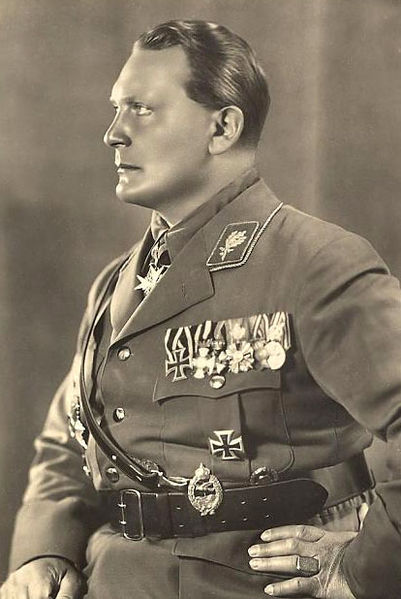 Today is the anniversary of the April 26, 1938 decree by Goering requiring Jews to declare their property.  It is important that any student of the Holocaust read the text of the decree, reproduced in italics below.  There is very little written about this law, which was a critical turning point in the Nazis' adoption of the Final Solution.  First robbery, then murder of the despoiled victims.

Today, the consequences of this law are still being litigated in the United States.  US museums are successfully clinging to artworks stolen pursuant to the April 26, 1938 decree and the subsequent measures.  The Jewish Property Declarations were sealed by Austria from 1945 until 1993.   Now US museums are suing Jewish descendants of Holocaust victims to "quiet title" to the artworks in their collections, in violation of international law and the United States' commitment to return Nazi spoils  to their victims.

DOCUMENT 1406-PS
1938 REICHSGESETZBLATT, PART I, PAGE 414
~ Decree for the Reporting of Jewish Owned Property of 26 April
1938
On the basis of the Decree for the Execution of the Four Year Plan of 18 October 1936 (RGBl I, 887) the following is hereby decreed:
Article 1
1. Every Jew (Article 5 of the First Regulation under the Reich Citizenship Law of 14 November 1935 (RGBI I, 1338)) shall report and evaluate in accordance with the following instructions his entire domestic and foreign property and estate on the day when this decree goes into force. Jews of foreign citizenship shall report and evaluate only their domestic property
2. The duty to report holds likewise for the non-Jewish marital partner of a Jew.
3. Every reporting person's property must be given separately.
Article 2
1. Property in the sense of this law includes the total property of the person required to report, irrespective of whether it is exempt from any form of taxation or not.
2. It does not include movable objects used by the individual or house furnishings as far as the latter are not luxury objects.
Article 3
1. Every part of the property shall be valued according to the usual valuation it has on the effective date of this regulation.
2. No report is necessary when the total worth of the property to be reported does not exceed 5000 marks.
Article 4
The report is to be presented on an official form by 20 June 1938, to the administrative official responsible at the place of residence of the reporting individual. When such a report is not possible by this date the responsible official can extend the period. In such case, however, an estimate is to be presented by 30 June 1938, together with a statement of the grounds of delay.
Article 5
1. The reporting individual must report, after this decree goes into force, to the responsible office, every change of said individual's total property as far as it exceeds a proper standard of living or normal business transactions.
2. The reporting requirement applies also to those .Jews who were not required to report on the effective date of this regulation but who have acquired property exceeding 5000 Reichsmarks in value, after this date. Article 1 (1) clause 2, shall apply respectively.
Article 6
1. The administrative offices responsible under this reguhttlon are in Prussia-Highest Administrative Officer [Reierungspraesident] (in Berlin the Police President) ; Bavalria Administrative Officer [Regierungspraesident] ; Saxony---Tivoli District Head [Kreishauptmann]; Wurtemberg-The Minister of the Interior; Baden-The Minister of the Interior; ThueringenReich Governor [Reichsstatthalter]; Hessen-Reich Governor; Hamburg-Reich Governor; Mecklenburg-Ministry of the State, Interior Department; Oldenburg-Minister of Interi01•; Braunschweig- Ministry of Interior; Bremen-Senator for Administration of Interior; Anhalt-Ministry of State Interior Department; Lippe-Reich Governor (Land Government); SchaumburgLippe-Land Government; Saarland-The Reich Commissioner for the Saar.
2. Austria-The Reich Governor has jurisdiction. He may transfer his authority to another board.
Article 7
The Deputy for the Four Year Plan is empowered to take such necessary measures as may be necessary to guarantee the use of the reported property in accord with the necessities of German economy.
Article 8
1. Whoever wilfully or negligently fails to comply with this reporting requirement, either by omitting it, or making it incorrectly, or not within the time specified, or whoever acts contrary to any instruction issued pursuant to Article 7 by the Deputy of the Four Year Plan shall be punishable by imprisonment and by a fine or by both of these penalties, in particularly flagrant cases of wilful violation the offender may be condemned to hard labor up to ten years. The offender is punishable notwithstanding that the action was in a foreign country.
2. Any attempt to commit such actions is punishable.
3. In addition to the imposition of the penalties under (1), the property may be confiscated, insofar as it was involved in the criminal action. In addition to hard labor confiscation may be made. Where no specific individual can be prosecuted or convicted, confiscation may be decreed independently, where the prerequisites for confiscation warrant it.
Berlin, 26 April 1938
The Deputy for the Four Year Plan
Goering
General Field Marshal
The Reich Minister of the Interior
Frick 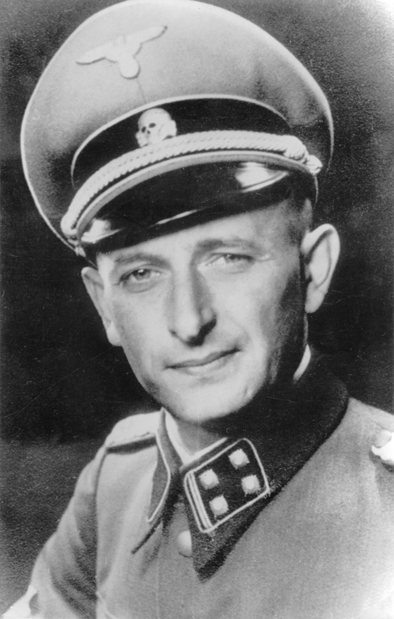 Adolph Eichmann set up the Zentralstelle in Vienna in August 1938.  He described it as a "conveyor belt".  You put a Jew and his property on one end and the Jew emerged with a passport and no property on the other end.  Eichmann is considered the "father" of spoliation for profit and the creation of the "Vienna model" of despoiling Jews before exporting them or murdering them.   The problem arose that no country wanted to accept Jews that had been completely spoliated.  Murder thus became the next logical step.

More on Austria's violations of the Austrian State Treaty here.

A report on how the Museum of Modern Art in New York is the largest repository in the nation of Nazi looted art coming in through Switzerland here.