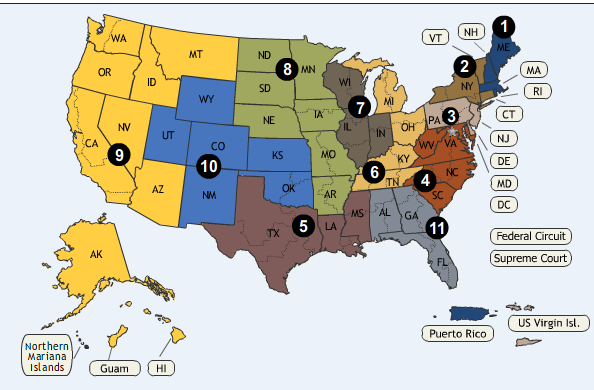 Circuit courts of appeal review decisions of the 94 U.S. federal district courts.  When a Circuit court has decided a controlling issue of law, the U.S. district courts within that Circuit are bound by it.   A "circuit split" or  "split in the Circuits" means that two different Circuit courts of appeal are divided on a question.   Law students writing law review articles look for a split in the Circuits, and the U.S. Supreme Court is more likely to grant certiorari to resolve differences in the law between the Circuits.

The Federal Circuit Court of Appeals is located in Washington, D.C. was created in 1982 and has the following nationwide jurisdiction: