Copyright Law: NYU Bobcat May Not Be "Work For Hire" Rules EDNY Judge 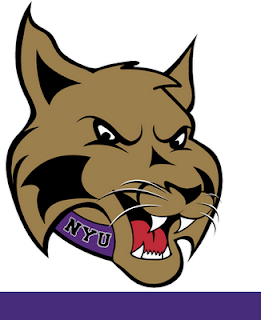 Defendant NYU made a motion for judgment on the pleadings pursuant to Rule 12(c) of the Federal Rules of Civil Procedure.   NYU's motion attached the designer's W-2 form and other documents supporting the contention that Fleurimond was an employee of NYU and created the Bobcat within the scope of her employment.   Judge Spatt pointed out that such documents could not be submitted on a Rule 12(c) pre-answer motion for judgment since only documents relied on by the complaint are appropriately considered at that stage of the pleadings:

NYU contends that the W-2 form and the emails between Fleurimond and several NYU employees conclusively establish that Fleurimond developed Orion while she was an NYU employee, acting within the scope of her employment. However, in the Court's view, these documents may not be considered on a Rule 12(c) motion for judgment on the pleadings. These documents were neither referenced in Fleurimond's complaint, nor relied upon in drafting the complaint. It is equally clear that they are not documents of which the Court may take judicial notice.

In the Daily News coverage of the case here, Fleurimond is described as a "freelancer".   Judge Spatt found that Fleurimond's allegation that she was the "sole creator" of the Bobcat logo was sufficient to render her claim of authorship "plausible" under the Twombly and Iqbal pleading standards.

Under 17 USC 201(a), copyright vests initially in the author of a work.

(b) Works Made for Hire. — In the case of a work made for hire, the employer or other person for whom the work was prepared is considered the author for purposes of this title, and, unless the parties have expressly agreed otherwise in a written instrument signed by them, owns all of the rights comprised in the copyright.

Even with the benefit of the materials NYU appended to its reply papers, the Court is not in a position, at this stage, to comprehensively assess these factors. The W-2 form and the emails seem to suggest that Fleurimond was an NYU employee acting within the scope of her employment when she developed Orion. However, the Court is not prepared to conclusively determine these issues without giving Fleurimond an opportunity to conduct discovery.


In summary, the Court finds that Fleurimond has offered a plausible copyright infringement claim. Her allegation that she is the sole creator of Orion suggests that she could be the legal owner of the Orion copyright. Evidence that exists outside the four corners of the complaint reflects that NYU may be the rightful copyright owner under Section 201(b). However this is not an issue that can be addressed on a Rule 12(c) motion and the Court declines to convert NYU's motion to one for summary judgment. Fleurimond v. New York University L 2773089, 3 -4 (E.D.N.Y. 2010)

I discuss the Work for Hire Doctrine in Copyright Litigation Handbook - Chapter 8: Copyright Ownership and Licensing Litigation and in Chapter 13:  Answer and Defenses.

Does anyone have an update on this case?

Does anyone have an update on this case?