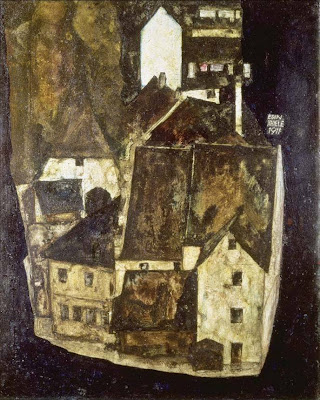 Egon Schiele's Dead City - Stolen from Fritz Grunbaum
You can WATCH and LISTEN to my Powerpoint presentation with audio is now available here  from the presentation I gave at Sotheby's Institute on March 24, 2010 in a program sponsored by the New York State Bar Association's Entertainment, Arts and Sports Law Section, chaired by Prof. Judith Prowda.

More material on artworks stolen from Fritz Grunbaum while he was in the Dachau Concentration Camp can be found at  http://artstolenfromfritzgrunbaum.wordpress.com/. 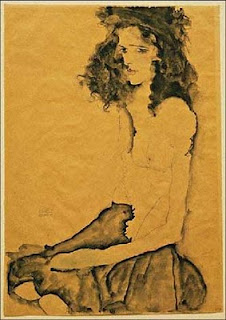 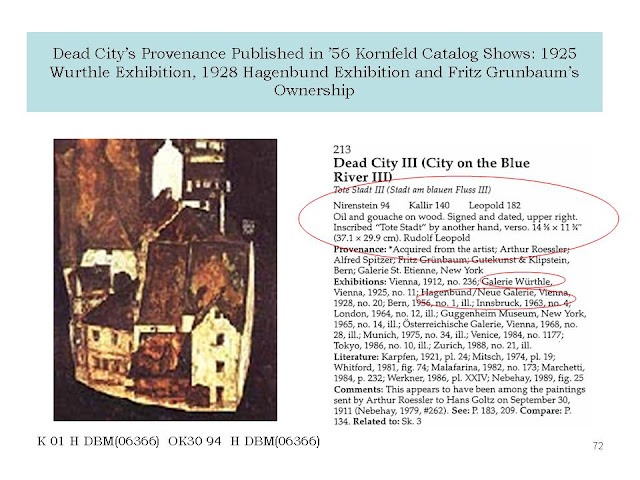 Below:  the cover of the 1956 Gutekunst & Klipstein (aka Galerie Kornfeld) - Eberhard Kornfeld testified that all of the artworks in this catalog belonged to Fritz Grunbaum.  Dead City was the only artwork pictured that listed Fritz Grunbaum as the prior owner. 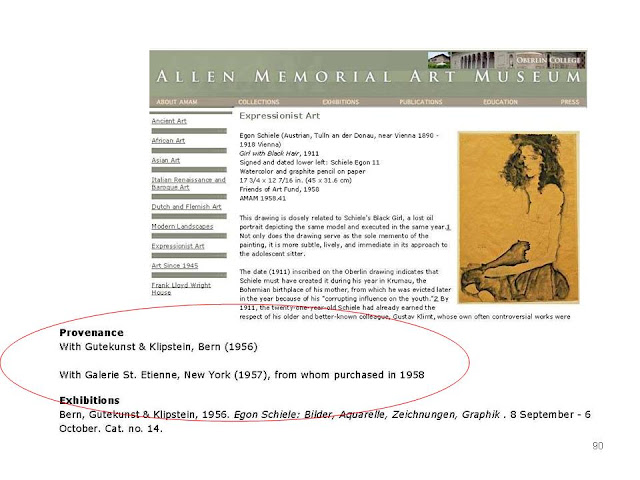 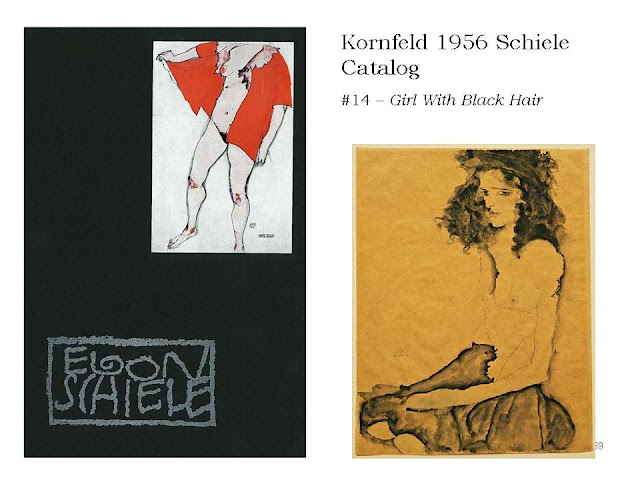 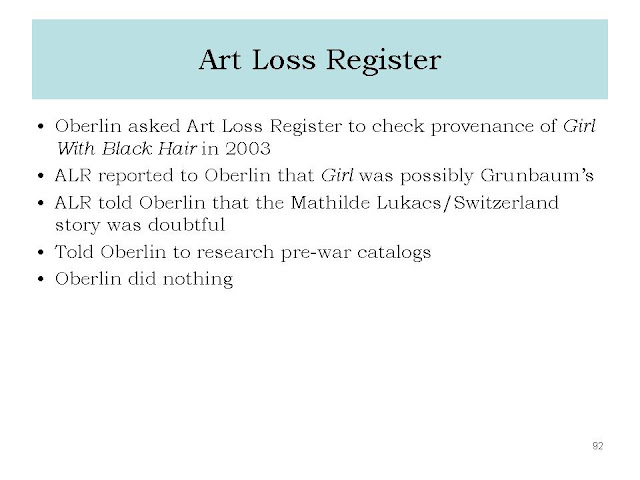 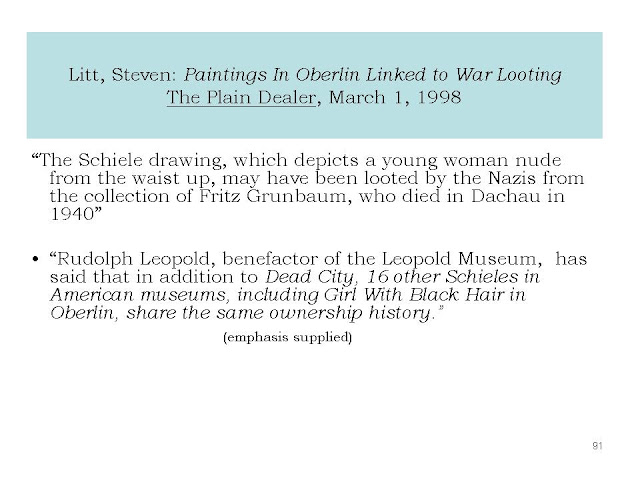 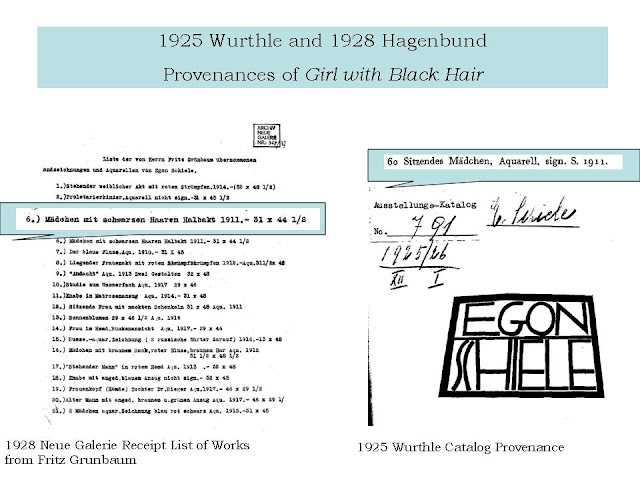 Girl With Black Hair, according to Eberhard Kornfeld, spent 147 days in Switzerland before being sold to Otto Kallir on September 18, 1956. 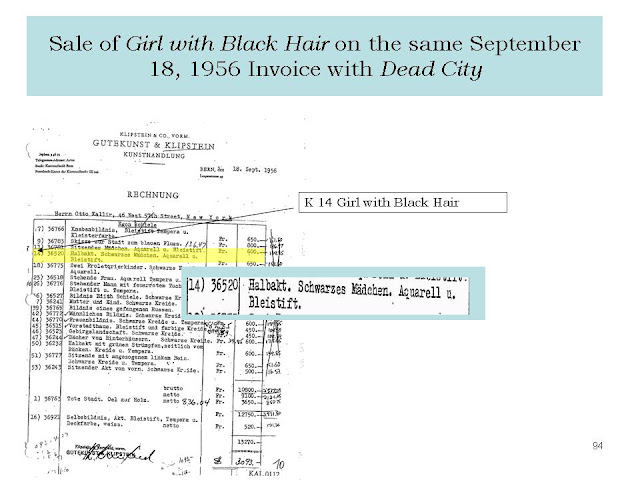 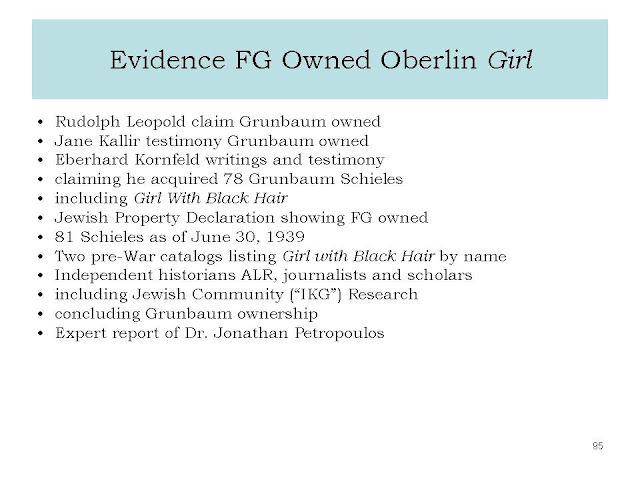 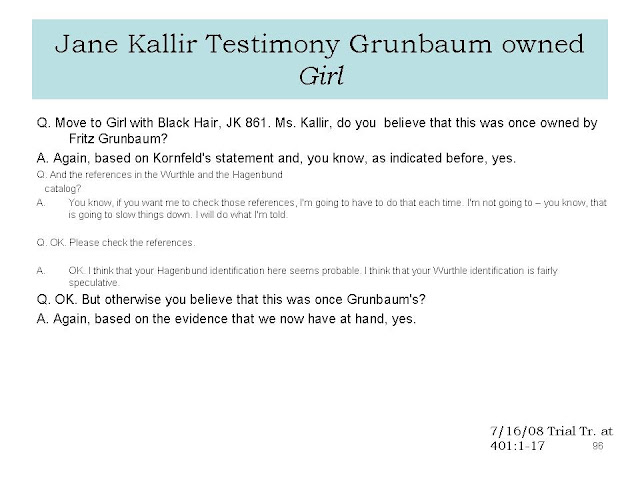 So why does Oberlin's President Marvin Krislov refuse to admit Fritz Grunbaum's ownership? 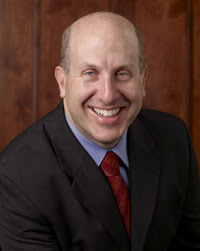 Thank you so much for the power point presentation. Best wishes for you and your client.