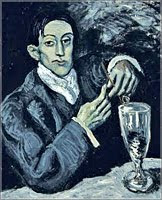 Schoeps v. Andrew Lloyd Webber Art Foundation, N.Y.L.J. August 14, 2009 courtesy Amlawdaily here. The heirs of Paul von Mendelssohn-Bartholdy suffered a setback in New York's Appellate Division, First Department when the court found that Julius Schoeps, a German heir seeking the return of an artwork taken from Mendelssohn-Bartholdy under duress during Nazi rule in Germany.
Nazis looted tens of thousands of artworks by forcing Jews to "sell" the works and "paying" the money into blocked accounts that would be stolen by the Nazis or forced Jews to pay confiscatory foreign exchange rates of up to 96% if they wanted to flee Nazi Germany. So for example if a Jew wanted $4 in U.S. currency, he would have to pay $100 worth of Reichsmarks to obtain it.
Schoeps, an heir under German law of Mendelssohn-Bartholdy, commenced an action in New York without complying with Section 13-3.5 of New York's Estates Powers and Trusts Law ("EPTL") titled "Action or proceeding by foreign personal or other legal representative.
The problem is that in Germany and certain other countries, there is no such thing as an "estate" in the sense that we know it here. Heirs may become so by operation of law and may not have letters of administration as is the practice in common law jurisdictions. For heirs inheriting in such jurisdictions, the practice is to either obtain letters in New York or obtain an affidavit from a foreign legal expert and the heirs themselves swearing to their legal entitlement in that foreign jurisdiction.
In Schoeps v. The Museum of Modern Art, 594 F. Supp.2d 461 (S.D.N.Y. 2009), Mr. Schoeps got a much better result based on the opinion of a foreign legal expert that Judge Rakoff took into account.
As I outlined in my speech at the Prague Conference on Holocaust-Era Assets in June (view video here), many legal obstacles arise for heirs pursuing artworks looted in the Nazi era. It is tough legal work, not for the faint of heart. And unfortunately, apart from some excellent works published in the past there is very little scholarly historical work in this area (a recent exception is Martin Dean's excellent Robbing the Jews: The Confiscation of Jewish Property in the Holocaust, 1933-1945 (Cambridge 2008). There is almost no legal scholarship in this area (I took the foreign exchange example above from Dean's book).
The world's greatest robbery is hiding behind the world's greatest murder.
Our current court system - in decisions around the country -- seems to consider that six million Jews gave up their belongings "voluntarily" for next to nothing and seems to ignore postwar German and Austrian laws (drafted by the Allies) nullifying such transactions.
Although it appears that Mr. Schoeps did not encounter an insurmountable hurdle (the requirement of an affidavit of a foreign legal expert), in no other context do owners of stolen property find such a hard time getting it back. As I argued in Prague, if someone steals your car, you call the police. When a Jew wants stolen art back, the rules seem to change, and the cops don't have the education or the interest to cope with the problem.
Posted by Ray Dowd at Saturday, August 15, 2009