Saving Mona Lisa: Nazi Art Looting and The Great Treasures of The Louvre

"You put all your artwork in a basement?  You're crazy!" yelled James Rorimer at a director of the Louvre Museum when, in the summer of 1944 he learned how the French had managed to safeguard the Louvre's treasures against the ravages of World War II.  According to Gerri Chanel, author of Saving Mona Lisa, this exchange did nothing to endear Rorimer, who would go on to become the Director of the Metropolitan Museum of Art in New York City and who would be immortalized by the actor Matt Damon in George Clooney's film "Monuments Men," to the French.


In Saving Mona Lisa, Gerri Chanel has succeeded in an original work of scholarship that grips the reader in with stories of French bureacrats tying up Adolph Hitler, Hermann Goring and the various Nazi art looting efforts in administrative red tape.   Any reader who has run into the famous French bureaucratic intransigeance will laugh at Louvre Museum Director Jacques Jaujard's creative ways of thwarting a rogue's gallery of Nazis as he careens around France with masterworks tied to unsteady trucks.


Chanel illustrates just why the French are the world’s masters of diplomacy and intrigue. When Fieldmarshal Hermann Goering sought to steal important artworks and hide his tracks by proposing a voluntary "exchange" (under obvious duress) that would avoid an international outcry that an outright theft would create, Jaujard brilliantly proposed that France make a "gift" to Goering.  Jaujard knew the gesture would enrage Hitler and world opinion against Goering. The Fieldmarshal was stopped in his tracks. Momentarily.
.        Chanel starts from the beginning, showing Hitler as a failed artist whose great ambition was to possess the world’s great art treasures, particularly those in France deemed of “Germanic’ origin.  As Nazi fortunes waxed and waned, Nazi attempts to seize, exchange, "safeguard" the Louvre's treasures increased in innovation and dark violence.  Jaujard's efforts to thwart the Nazis were undercut by an eagerly pro-Nazi Vichy regime, on the one hand.  On the other, sympathetic Nazis assisted Jaujard in his game of administrative chess.  The Nazi military administration insisted on control, as did the civilian overseers.  By pitting Nazi against Nazi in a delicate battle of the egos, the smooth French diplomat Jaujard escaped from one frying pan into the next fire in a gripping narrative that will have the reader, feeling Nazi hands around Jaujard's vulnerable French throat.


Central to the narrative is the Mona Lisa.  A red dot was placed on the crate of any important artwork.  Very important works sported two red dots.  The Mona Lisa was the only artwork sporting three red dots.  To avoid Nazis learning of the contents of a particular crate, the dots were the only markings.  Among thousands of crates, important artworks were able to hide in plain sight, while the French pretended to compile inventories to comply with orders emanating directly from Hitler.  Among thousands of crates, the Mona Lisa spend the war dodging, ducking and evading.


Chanel's tale is enhanced by enemies feared more than Nazi looters.  Humidity, fire, Allied bombs, flame-spewing transport trucks fired by coal (after gasoline supplies ran out), French resistance fighters hiding weapons and literature among crates.... Chanel brings all of these dangers to light in a compelling way that will cause any art lover's blood pressure to rise and fingernails to be chewed off. 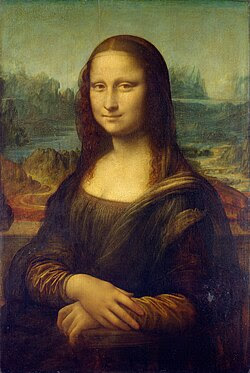 In April 1943 London's BBC broadcast the radio message "the Mona Lisa is smiling" to a puzzled, war torn continent.  This coded message let Jaujard know that the Allies had received his maps showing the locations of the Louvre's treasures and that Allied bombers had been instructed to avoid those areas.


Saving Mona Lisa is amply illustrated.  Photos showing the battle scars on the wall of the Louvre and the masses of people stampeding in the runup to the liberation of Paris emphasize how the Louvre was physically located on the front lines of battle during hand to hand combat.

In 2014, the world's museums have come under fire for failing to research the provenance of their artworks and to return them to Nazi victims.  Saving MonaLisa is a great example of a greater history being told through the provenance of one artwork.   The story contains deaths, failures (Nazis burned approximately five hundred artworks in the Tuileries gardens despite the best efforts of Jaujard and his spy Rose Valland who was stationed in the Jeu de Palme museum that was used as a Nazi staging point).  While Mona Lisa escaped, many other artworks did not, including collections looted from Jewish families.The full story is yet to be told, and the museums of the world and particularly the United States should commit resources to returning stolen artworks to the families of looting victims.  Let's hope that Chanel's SavingMona Lisa will inspire a new generation of provenance researchers to look at the fruits of Nazi art looting that may be found in their local museums. 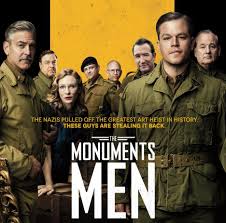 Let’s hope that Hollywood and history pays attention to Saving Mona Lisa --where the truth is more entertaining than fiction!